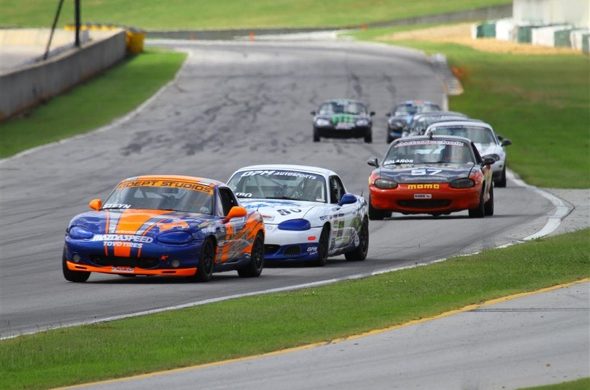 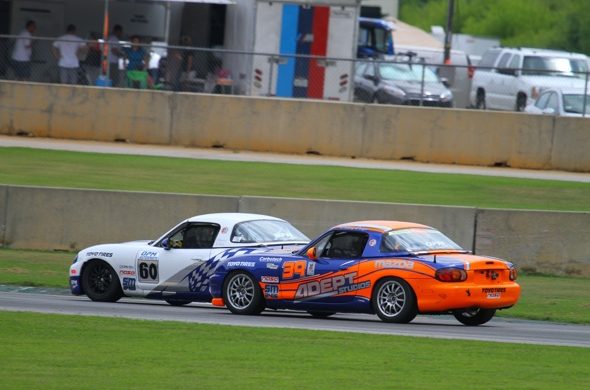 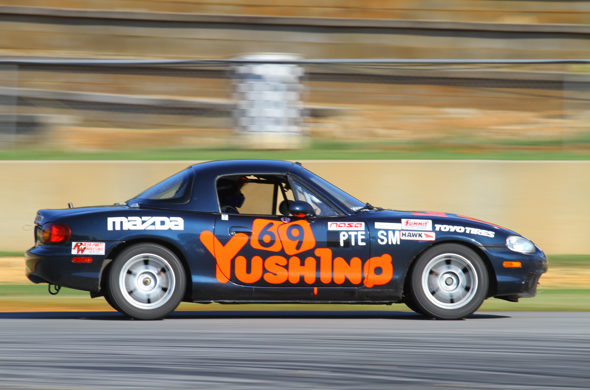 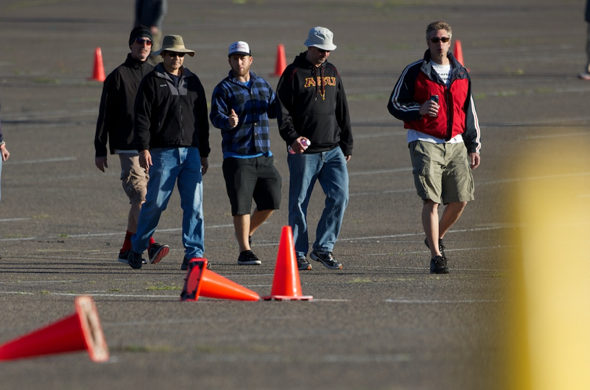 Concentrating on a few key elements will help you be faster, says six-time champ Bartek Borowski. The key to a successful autocross run starts well before a driver pulls his car up to the starting line. Anybody who’s been to at least one autocross knows that the course walk is important. Because the course changes […]” 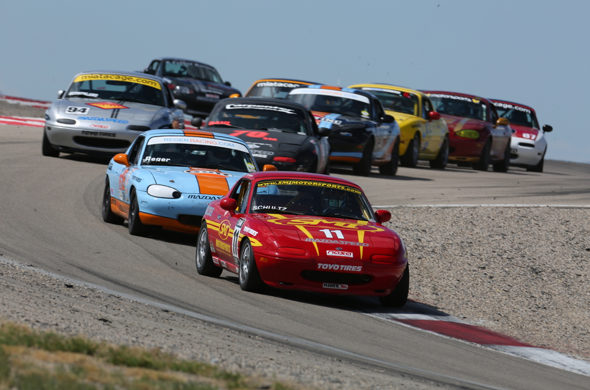 Mazda racers seek NASA championships at Road Atlanta. The National Auto Sport Association’s (NASA) Eastern States Championship takes place this weekend at Road Atlanta. For the first time since the organization started having a national event, it’s splitting it into two different events to encourage more participation on both sides of the country. “We moved […]”

Mazda Road to Indy Season Concludes: Others to Come

August 28, 2014 (IRVINE, Calif.) – With involvement in over a dozen series, late summer and fall are a busy time for races and award dinners for Mazda Motorsports. This past weekend saw the 2014 season finales for the three Mazda Road to Indy Championships in Sonoma, California, and the clinching of the Cooper Tires IMSA Prototype Lites Powered by Mazda title at VIRginia International Raceway.

“When Mazda established the MAZADSPEED Motorsports Development Ladder System in 2006, we were seeking to grow the sport by allowing talent to move to the next level. We’re happy to celebrate the success of Florian, Spencer, Gabby, and Mikhail this season with more championships coming this fall,” noted John Doonan, Director of Motorsports for Mazda North American Operations.

Mikhail Goikhberg clinched the 2014 Cooper Tires Prototype Lites Powered by Mazda title at VIRginia International Raceway with his seventh win of the year. Goikhberg will be officially crowned when the series wraps up at Road Atlanta as a part of the Petit Le Mans week.

After ten of 12 races completed, Kenton Koch leads the 2014 Mazda MX-5 Cup Championship. Drake Kemper is the points leader in the Skip Barber MAZDASPEED Pro Challenge Class. The season concludes with a doubleheader at Road Atlanta as a part of the Petit Le Mans week.

This coming weekend will be the first of four large grassroots championships.
• The Eastern States NASA Championships are August 29-31 at Road Atlanta.
• The SCCA Solo Championships will be held September 1-5 in Lincoln Nebraska. Mazda racers have scored 213 Solo Championships since 1979.
• The largest and most historic annual club racing event will be even more Mazda-esque this year. The 51st annual SCCA National Championship Runoffs will be held at Mazda Raceway Laguna Seca on October 6-12. This is the first time since 1968 the event has been held on the West Coast. Over 120 Mazda racers will be competing in 15 of the 27 race groups.
• The Western States NASA Championships are scheduled for November 7-9 at Sonoma Raceway

In the TUDOR United SportsCar Championship, The Mazda SKYACTIV Prototype continues to develop in its first season of competition. The final two races of the season are September 20 at the Circuit of the Americas in Austin, Texas, and the season finale Petit Le Mans on October 4 at Road Atlanta.

In the Continental Tire SportsCar Challenge, Mazda remains locked in a three-way battle with Porsche and BMW for the 2014 Street Tuner Manufacturers championship. Mazda is represented by Freedom Autosport and CJ Wilson Racing. The final two races of the season are September 20 at the Circuit of the Americas in Austin, Texas, and October 3 at Road Atlanta.

In the Pirelli World Challenge, Mazda has been represented by multiple racers in the Touring Car, and Touring Car A classes with Adam Poland and Ernie Francis Jr. both scoring wins with MX-5s. The World Challenge season will conclude on September 13 at the Miller Motorsports Park in Tooele, Utah.

Finally, in a new twist for Mazda Motorsports, simulator racing plays a part with the creation of the iRacing MX-5 Cup. The first champion was Evan Maillard, while the second champion will be determined on October 20. 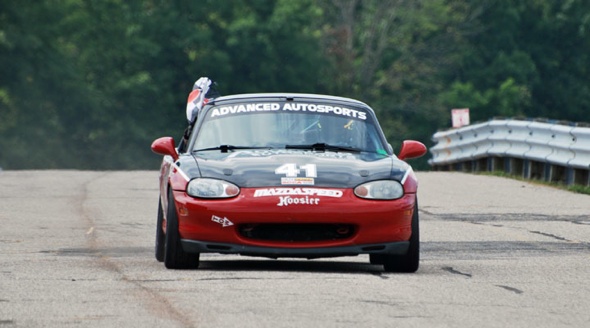 Heat and humidity were the first things drivers often mentioned after crawling from their cars following Rounds 11 and 12 of the SCCA Northern Conference Majors Tour races at Grattan Raceway. The effort it took to win on the physically demanding track was the second. With 25-minute races on Saturday and 25-lap races on Sunday […]” 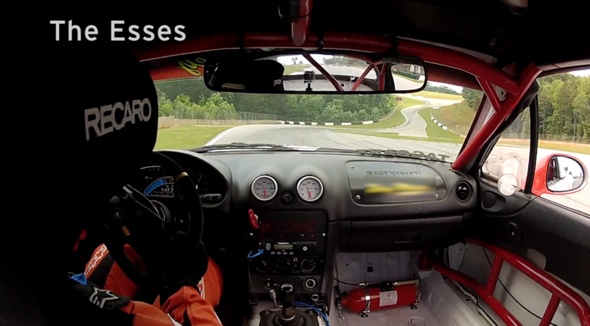 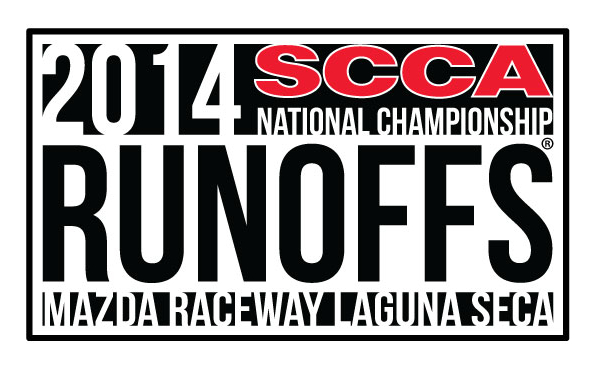 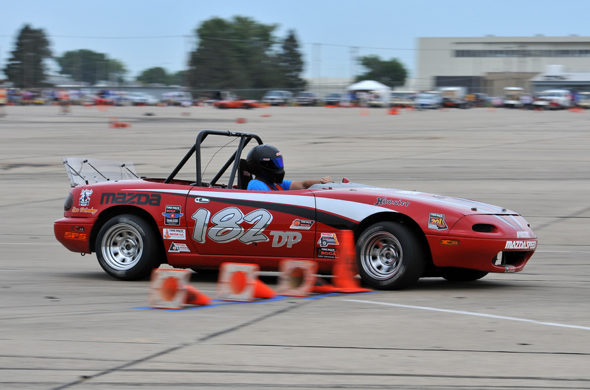 Mazda to host its Solo competitors in Lincoln.  The 2014 Tire Rack SCCA Solo National Championship event at Lincoln Airpark in Lincoln, Neb., is quickly approaching. Mazda would like to invite each of its Mazda competitors plus a team member to a banquet dinner on Thursday, Sept. 4, from 6:00 p.m. to 8:00 p.m. The […]” 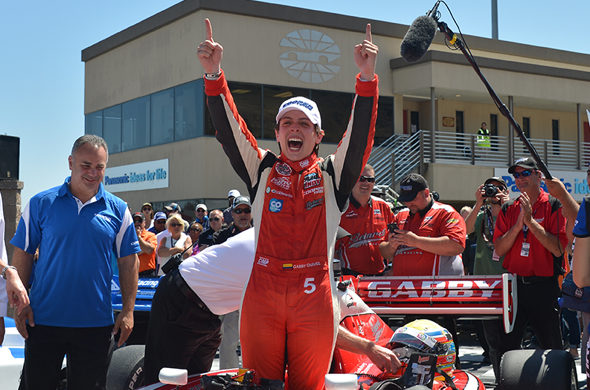 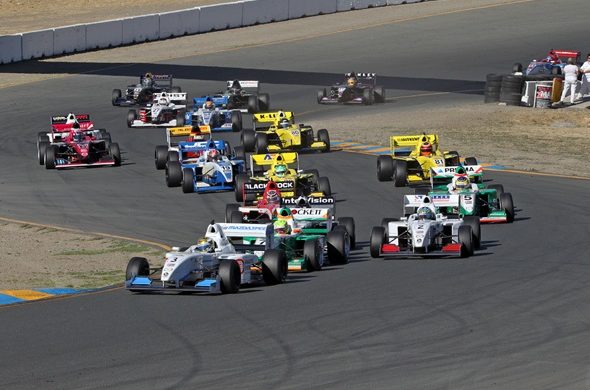 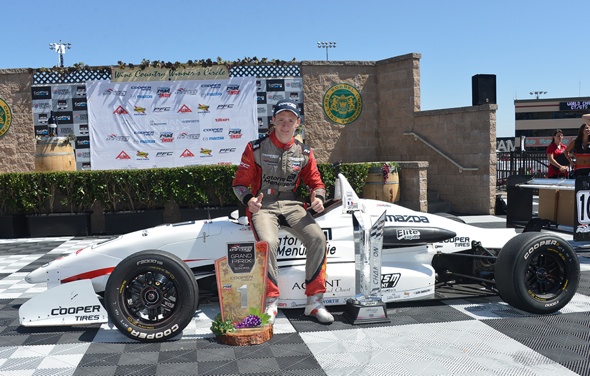 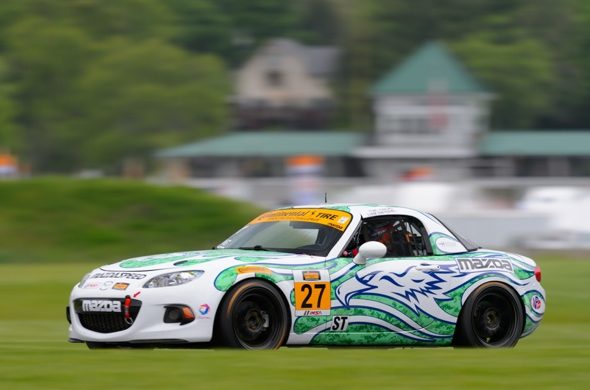 Paired with different teammates, the Lime Rock-winning duo look for another win. When Hollywood scripts a racing movie, they tend to go overboard.  Having an injured U.S. Marine Staff sergeant winning a professional race, in only his second start, just miles from where he grew up, on the third anniversary of his ‘Alive Day’, after […]” 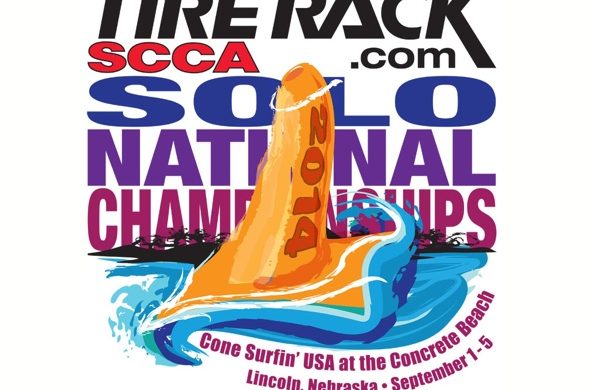 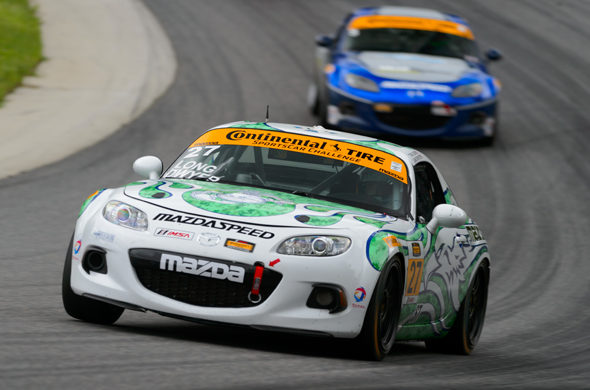 Mazda Drivers and Champions Supporting their Roots Beginning today, a new feature on mazdamotorsports.com called BEHIND THE ZOOM will bring Mazda’s champions and professionals onto your screen to break down the tracks on which you race to help you be better. To name a few: Road Atlanta, Mazda Raceway Laguna Seca, Sonoma Raceway, and VIRginia […]” 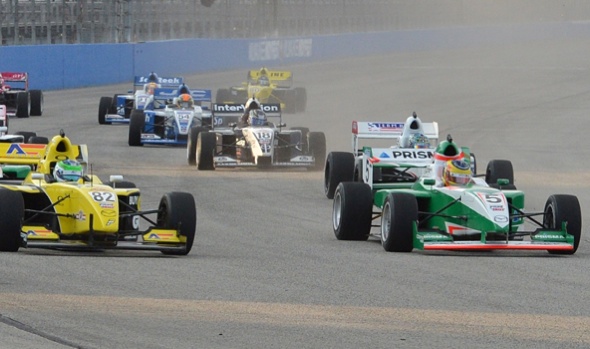 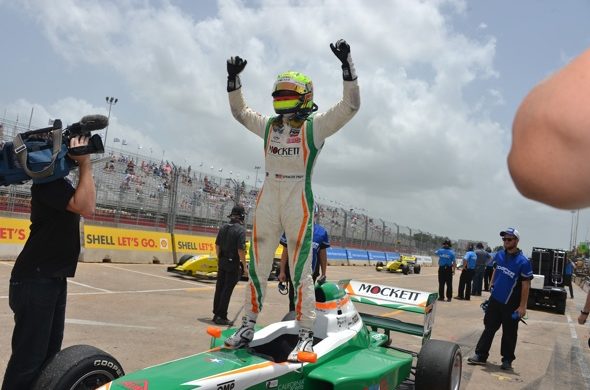 Spencer Pigot and Scott Hargrove take their Pro Mazda title fight to Milwaukee Two rungs of the Mazda Road to Indy ladder hit one of the few oval venues on the circuit this weekend, the famed Milwaukee Mile at the Wisconisn State Fairgrounds in West Allis. Both the Indy Lights Presented by Cooper Tires and […]” 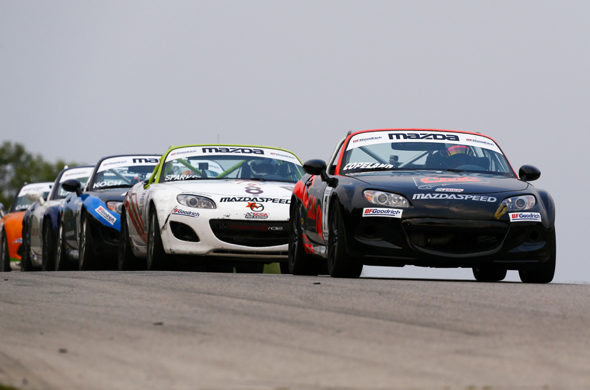 Kenton Koch discovers drafting at Road America can be both helpful and cruel. Road America is known for its intense racing due to its mix of fast corners, insane drafting and long straights; it’s North America’s Nurburgring. In the Mazda MX-5 Cup Presented by BFGoodrich® Tires, these cars create a very big hole in the […]” 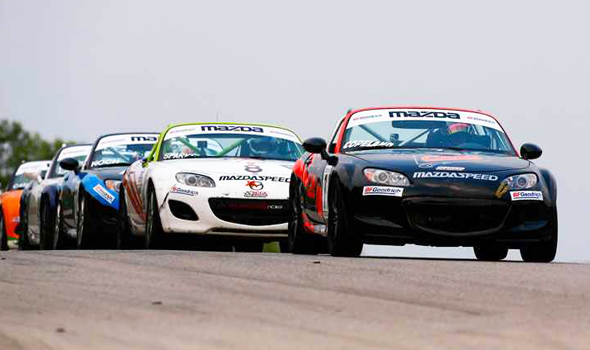