Pro Mazda Championship and Indy Lights title chases get exciting in penultimate round. 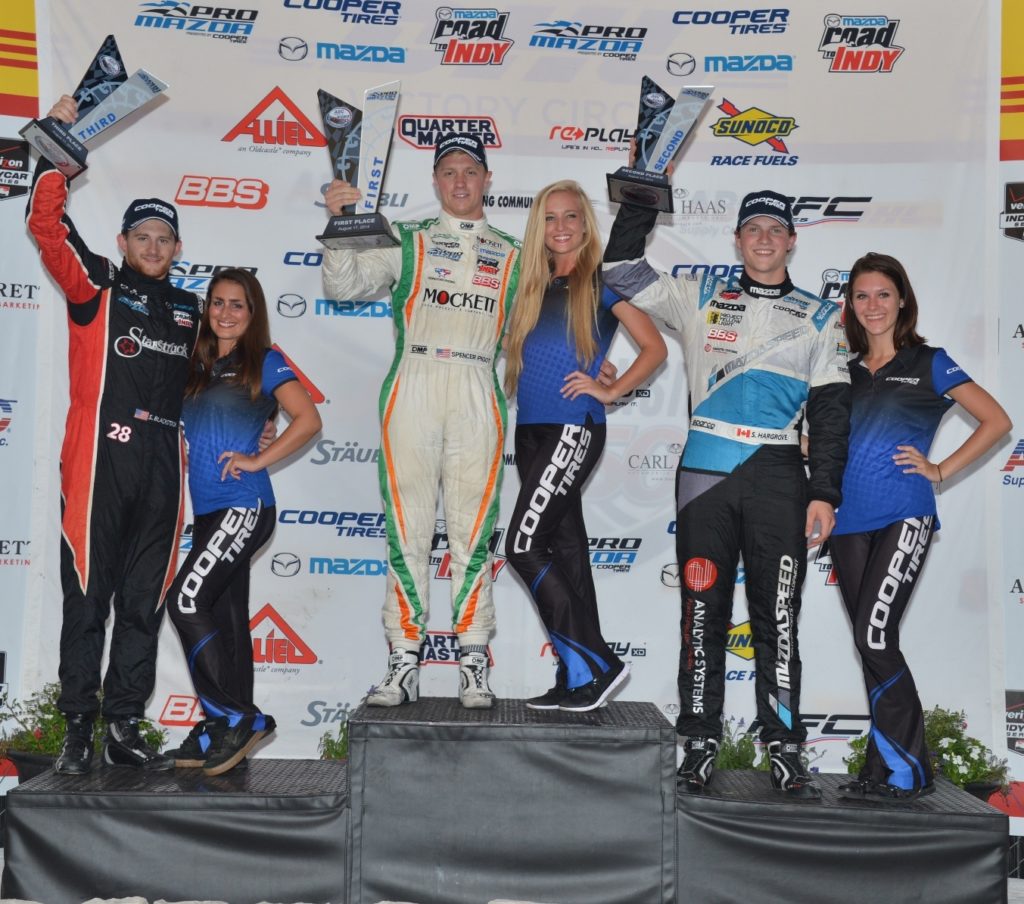 Spencer Pigot extended his Pro Mazda Championship lead heading into the finale doubleheader at Sonoma Raceway with a victory on the Milwaukee Mile, while Zach Veach made a big move in the Indy Lights title chase with a bold pass in the closing stages.

The Allied Building Products Pro Mazda Oval Challenge at the Milwaukee Mile appropriately boiled down to a duel between Pro Mazda Championship Presented by Cooper Tires title rivals Spencer Pigot and Scott Hargrove. On this occasion it was Pigot who emerged victorious with Juncos Racing’s No. 7 Doug Mockett & Company/Rising Star Racing/Vitamin-D Pro App/California Scents entry. Pigot’s sixth win in 12 races means he will carry an 18-point lead, 289-271, over Hargrove (Cape Motorsports with Wayne Taylor Racing) into the final two races at the Sonoma Raceway road course next weekend in California.

Hargrove and Pigot lost no time in battling through from their second-row positions on the starting grid. Hargrove took the lead on Lap 3 from Nicolas Costa and polesitter Jose Gutierrez, but Pigot was hot on his heels, and remained there for the first half of the 90-lap race. A full-course caution right around the midpoint gave Pigot the opportunity he was looking for, and he pounced at the restart, diving to the inside through Turns 1 and 2 to grasp the lead. Pigot stretched his advantage before easing his pace slightly in the closing stages.

Then it was Hargrove’s turn to grasp a lifeline as the caution lights flashed on one more time after Garett Grist found the wall in Turn 2. The cleanup allowed time for a four-lap dash to the finish. Hargrove made the better restart, but Pigot stuck to his guns and maintained his advantage on the inside line, then stretched his lead to 1.2382 seconds at the finish line.

The final restart set up an intense battle for third which saw Alberico and Kaiser make contact on the exit of Turn 2. Shelby Blackstock, who had run as low as 10th in the early stages, took the opportunity to grasp the final podium position ahead of Alberico, Costa and Julia Ballario, who also mounted a late charge.
Ballario ran 12th for much of the first half of the race, but came alive at the end, earning the Quarter Master Hard Charger Award after making up six positions. She also claimed the Staubli Award and the RePlay XD Move of the Race for her move on Ryan Booth, which she completed on Lap 67 after the pair had run side-by-side for two complete laps of the 1.015-mile oval.

In the Indy Lights Presented by Cooper Tires contest, Veach, the 19-year-old from Stockdale, Ohio, made a big move in the race and the championship to tighten up the points battle headed into the finale. Veach seemed set to finish second to Andretti Autosport teammate Matthew Brabham, who passed him for the lead on Lap 40 and edged clear, only for Veach to be handed an opportunity when Brazilian rookie Luiz Razia crashed out of fourth place with eight laps remaining.

Veach, who started from the pole in the No. 26 RePLAY XD/The Young Marines/Ads IT Solutions/ Zakosi Data Back Up Dallara and led comfortably in the early stages, knew full well the restart would provide his best and perhaps only opportunity to retake the lead. When Brabham defended to the inside on the entry to Turn 1 at the restart with just four laps remaining, Veach stuck to his guns, rode around the outside and completed the pass on the exit of Turn 2 leading onto the back straightaway. The pass earned Veach the RePlay XD Move of the race.

Thanks to the win, Veach is now only seven points behind points leader Gabby Chaves, who finished third, instead of 17 behind with two races at Sonoma Raceway left. 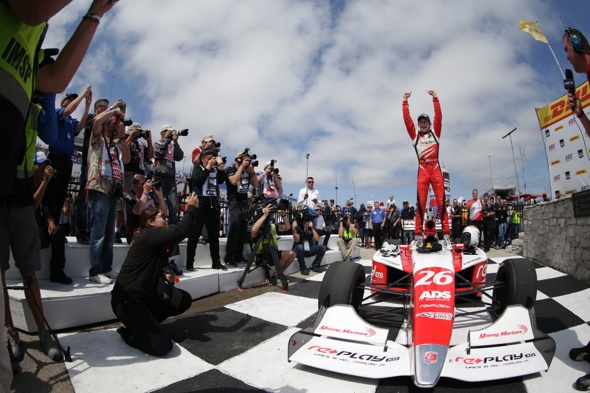