As Mazda completes its metamorphosis into a premium brand, the hallmarks of the brand become ever more visible. Mazda’s unique and powerful design philosophy has become a clear differentiator in its products, its retail spaces, its collateral material and its motorsports expression.

Mazda’s design philosophy, known as KODO design, is based on the principal of using reflected light to portray movement and dynamism. The latest generation of Mazda production cars, highlighted by the beautiful new Mazda CX30, embody that design philosophy both internally and externally. The Mazda3 in both the five-door hatch and four-door sedan versions are stunning cars and bring that KODO design dynamism to life in a striking way. The use of reflected light and unique colors such as Soul Red Crystal and Polymetal Grey work to set those cars apart in any setting.

Beginning in 2017, Mazda was the first manufacturer to unveil a car design for the then new IMSA DPi regulations, which allowed our Irvine-based design team to employ that same KODO design philosophy and pen what is widely considered the most beautiful race car in sports car racing today, the Mazda RT24-P. Certain features on the car, such as the distinctive five-point grill on the nose and the organic shapes along the shoulders of the car, are deliberate cues to connect the race car with those cars that Mazda fans drive every day. The same is true of the Soul Red Crystal wrap that the race team uses. It is used to create a relationship between the cars Mazda race and those it sells and its fans drive. Likewise, the unveiling of the Mazda3 TCR car is another example of how the Irvine, Ca-based design team responsible for so many stunning street cars, can use those same design philosophies to create race cars that clearly stand apart from the crowd. Having the aspirational cars compete at the highest levels of the sport allow Mazda to showcase one of its “known bys” – artful design. Showcasing the artful design on this platform is a key reason why Mazda is committed to racing, and, particularly, in sports car racing. 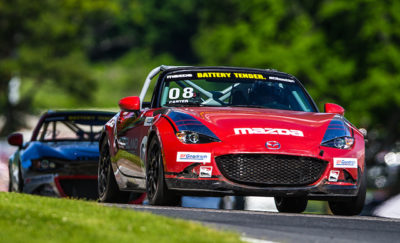 The same is true at other levels within the sport. Battery Tender MX-5 Cup presented by BFGoodrich® Tires, a spec series using production-based cars, demonstrates this design and development process. To maintain the intricacies of the KODO design, keen attention was paid to ensure that any racing-specific modifications did not interfere with the design ethos and beauty of the car. Likewise, the Mazda Road to 24 scholarship cars (e.g., Michael Carter’s in 2019) are wrapped in Soul Red Crystal to strengthen the connection between the cars on the race track and those seen in the Mazda brand communication or in dealerships.

Mazda’s design philosophy goes beyond just the cars, however. The photography gathered and used in racing is now directed using Mazda design guidelines and is intended to convey specific characteristics – beauty, dynamism, human centricity – rather than simply a car. Mazda’s commitment to artful expression is clear when looking at Mazda Motorsports’ photography. The infrastructure used at events (race team, hospitality, consumer activation) have also been redesigned to showcase the brand’s commitment to warmth and precision by human hands through the use of natural materials and color. This use of space is clearly related to, and evocative of, the new retail environment Mazda is promoting at many of its U.S. dealerships.

By engaging Mazda design excellence from the genesis of the cars design through the expression of the brands artful design philosophy in all of its motorsports initiatives, Mazda races cars that showcase the essence of KODO design through the use of light, reflections and color in ways that create depth and vibrance. Simply put, this approach brings Mazda’s design philosophy to life in relevant and emotionally engaging ways in front of an enthusiastic audience at major events – from grassroots races to the pro ranks, and across TV screens around the world. 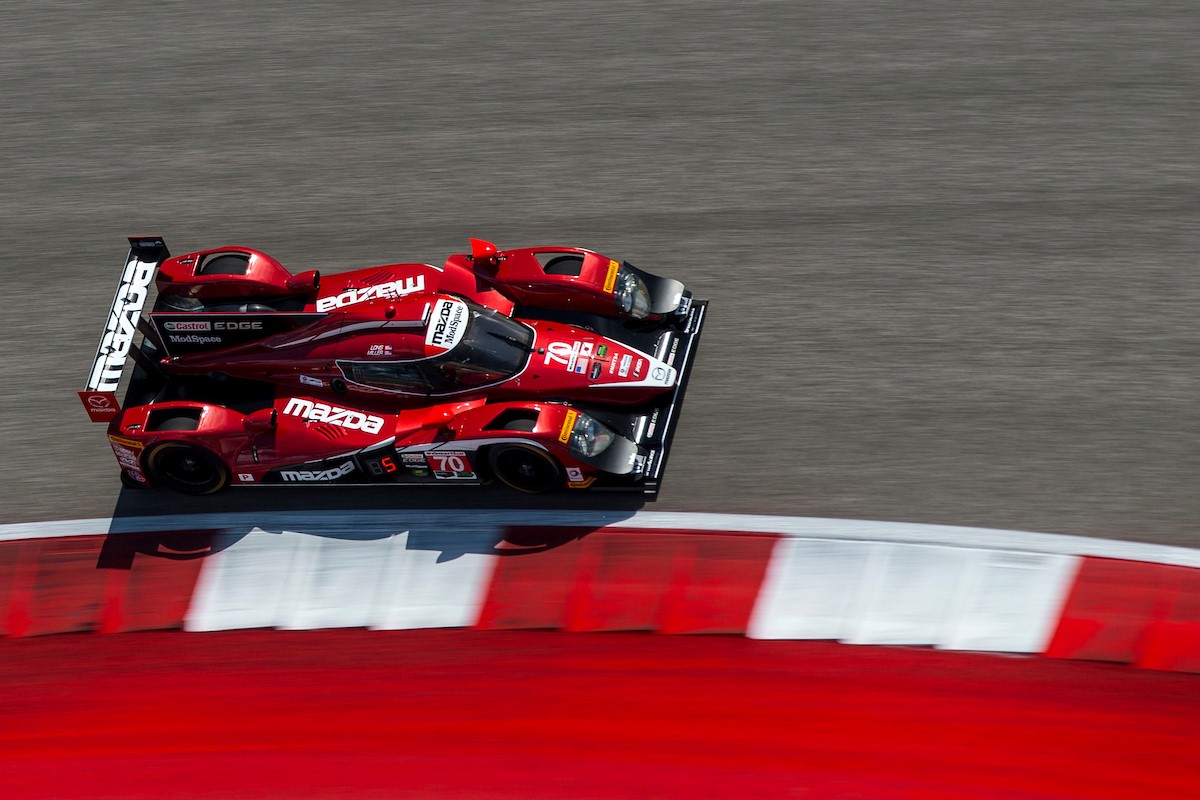