His time of 1:33.711 around Daytona International Speedway nearly eclipsed his own course record set in qualifying for the 2019 Rolex 24 at Daytona. This is Jarvis’ fourth pole position in the IMSA WeatherTech SportsCar Championship and second straight pole position at Daytona. Teammate Jonathan Bomarito qualified in third position in the No. 55 Mazda RT24-P, with a time of 1:34.169 around Daytona International Speedway. 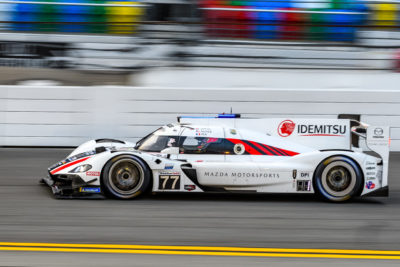 QUOTES
Nelson Cosgrove
Director, Mazda Motorsports
“This is a very positive start to the race weekend for everybody associated with Mazda Team Joest. We were anticipating a very close qualifying session, but our team and drivers did an outstanding job to find clean track and maximize the Michelin tires when we needed. Being on pole and in third position is excellent, but our focus is really on having a clean race, staying on the lead lap and putting ourselves in a position to fight for the win at the end of the race.” 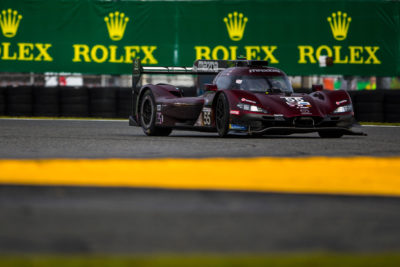 No. 55 Mazda RT24-P
Jonathan Bomarito
“Qualifying was a good session for us, but what I am really excited about is that the team has given us a really good car for the race. This Mazda RT24-P is very good over the stint, and over the course of a 24-hour race I think we’ll really see that pay off in the final few hours of the race. I’m really looking forward to seeing the green flag and getting this race started, and we all have the same goal in mind here – we’d love to win this race for everyone at Mazda.”

No. 77 Mazda RT24-P
Oliver Jarvis
“There’s a bit of a different atmosphere within the team this year, and I think it goes back to the fact that we are now here at Daytona as a program that has won three races. There’s definitely more confidence and we feel more prepared than ever for the job at hand, which is to win here at Daytona for Mazda. We’ve completed a lot of testing and made big steps forward with the car, so the pieces are all there, and it’s just up to us to execute. There is definitely a lot of joy and emotion at winning pole position again, especially in such an important race, but now we are focused on the big prize.”