Monterey, Calif. (December 7, 2016) – A suspenseful two days of intense competition at the famed Mazda Raceway Laguna Seca ended this afternoon with Oliver Askew, from Jupiter, Fla., being declared winner of the inaugural Mazda Road to Indy USF2000 $200K Scholarship Shootout. Askew, 19, who gained his entry to the Shootout after claiming a Team USA Scholarship, emerged victorious from a total of 18 talented young drivers quite literally from around the world.

“I am a bit speechless right now,” said Askew, who wins a Mazda Scholarship of $200,000 and the right to carry the coveted Soul Red livery in next year’s Cooper Tires USF2000 Championship Powered by Mazda.

“I prepared extremely hard for this opportunity and it’s a dream come true. I can’t thank everyone enough who is involved in this program: Mazda especially, Cooper Tires, Lucas Oil School of Racing, the judges.…There are SO many people that got together to make this happen. It’s great event and I’d also like to thank my family, all of my personal supporters and my competitors for making it extremely tough. That was one of the best races I’ve ever had in car racing. I had a blast and I’m really looking forward to the future.”

Throughout 2016, nearly 400 drivers from 20 open-wheel racing championships on five continents competed for an entry ticket to the Shootout. Each of the affiliated championships and organizations had forged ties with the acclaimed Mazda Road to Indy Presented by Cooper Tires, which provides Mazda Scholarships at every level to facilitate graduation all the way from the grassroots of the sport to the Verizon IndyCar Series and the Indianapolis 500. “The event ran almost perfectly, which is hard to imagine, but it’s all due to the hard work everybody put in from the Mazda Motorsports team, Andersen Promotions, Cooper Tires and the Lucas Oil School of Racing,” said Mazda Motorsports Operations Manager Kyle Kimball. “It was a success due to the people involved. I can’t say enough about the team I had around me.

“As for the winner, the current advertising tagline for Mazda is ‘Driving Matters.’ We came into this with equal cars, each driver with his own set of tires, and Oliver Askew was continually and consistently the fastest driver on track. We could not be more thrilled to give him the $200,000 scholarship into USF2000.”

White led the field away by virtue of posting the fastest lap in qualifying, followed by Brown, Askew, Estep, Kirkwood and Murray, although as an additional challenge for the six finalists, each was assigned a different car for the final race.

A couple of mistakes in the early stages allowed Askew to sneak past Brown into second place, by which time White already had established a margin of 3.3 seconds. It didn’t last long. Little by little, Askew whittled away at the deficit until, by the ninth lap, the gap had been reduced to just a few cars lengths.

The pair then indulged in a breathtaking battle, passing and repassing each other several times over the course of the next handful of laps – including one memorable moment when they battled side-by-side through Turn Four – before Askew was able to assert himself and edge away to victory. Estep also charged hard to finish just 2.5 seconds in arrears, followed by Kirkwood, Murray and Brown, who had been forced to make a pit stop following his earlier off-course excursion.

“It’s been a fantastic experience,” said White. “I started off the week a bit off the pace to the other front guys and I gradually chipped away. It was a brilliant end to the Shootout, having a great race with Oliver [Askew]. That was epic! It was fun. We must have been side-by-side for three or four corners as he passed me and then I got him back. It was a brilliant wheel-to-wheel racing. The standards have been incredibly high here. It was very professional – giving everyone an equal chance and I’ve been very impressed.” “My overall thought is that this was a fantastic group, especially the final six drivers,” said lead judge Miller. “The lap times speak for themselves: they were each within half-a-second on pace. The final decision came down to the driver who was consistently the quickest, who most satisfied our criteria and who seemed most equipped for the Mazda Road to Indy and had a great possibility of becoming a Verizon IndyCar Series driver. It was heavily based on that concept. Speed put you in the running, but it was everything – how the drivers behaved at dinner or how they acted around the judges – all of that was taken into consideration, and Oliver met all of our criteria. The guy that won was the guy who checked the most boxes.”

About Mazda, Mazda Motorsports: Mazda Motorsports boasts the most comprehensive auto racing development ladder system of any auto manufacturer in the world. The Mazda Road to Indy includes USF2000, Pro Mazda and Indy Lights racing categories with Mazda power. In sports car racing, a similar ladder system involves a number of racing series, culminating with the Mazda Prototype team which races in the top level of IMSA sports car racing in North America. In the grassroots categories, more Mazdas race on any given weekend in North America than any other manufacturer. Mazda North American Operations is headquartered in Irvine, Calif., and oversees the sales, marketing, parts and customer service support of Mazda vehicles in the United States and Mexico through nearly 700 dealers. Operations in Mexico are managed by Mazda Motor de Mexico in Mexico City. For more information on Mazda vehicles, including photography and B-roll, please visit the online Mazda media center at www.mazdausamedia.com.

About Cooper Tire & Rubber Company: Cooper Tire & Rubber Company, together with its subsidiaries, is a leading designer, manufacturer and marketer of innovative, great-performing tires that people depend on for all of life’s road trips, whether on city streets, off-road adventures or high-speed tracks. In fact, Cooper Tire is proud to sponsor and race in all three levels of the Mazda Road to Indy development program within the IndyCar racing series. Cooper tires can also been seen on the track as a sponsor of the IMSA Prototype Lites Series, and competing in the short course off-road TORC Series. Headquartered in Findlay, Ohio, Cooper, together with its subsidiaries, has manufacturing, sales, distribution, technical and design facilities in 11 countries around the world. This year, as we head into our second century in the tire industry, Cooper is looking toward a future where innovation will continue to drive our products and our products will continue to drive the world. To connect with Cooper Tire, visit www.coopertire.com, www.facebook.com/coopertire or www.twitter.com/teamcoopertire. 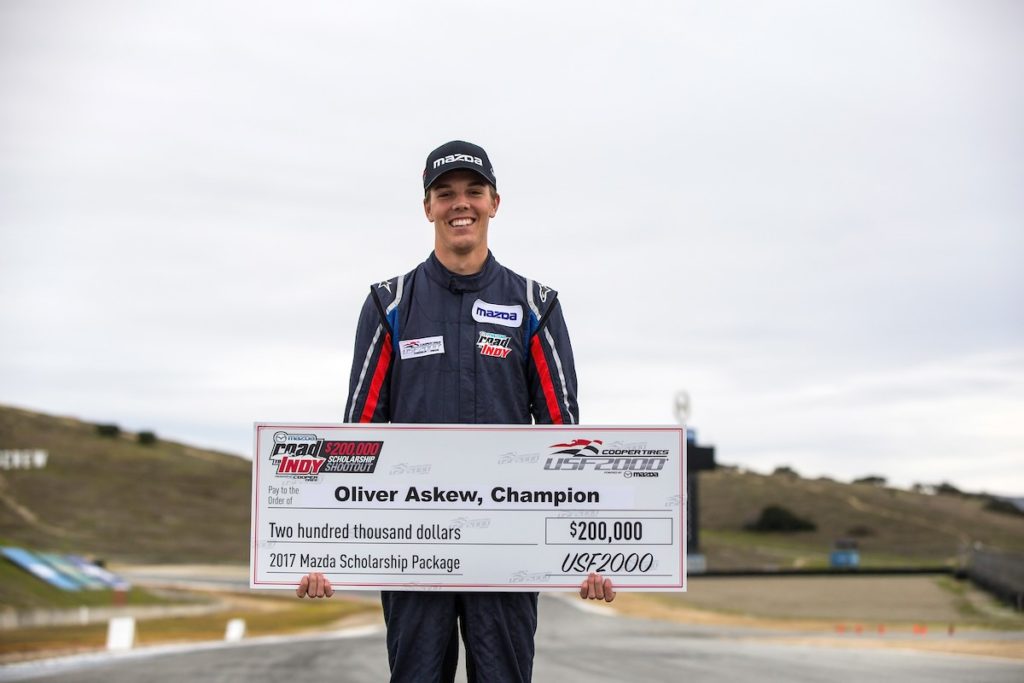