The Mazda Prototype team has been qualifying and racing at the front of the field this season with five consecutive top-five finishes, but have yet to grab a victory. That may change this weekend as the IMSA WeatherTech SportsCar Championship races into Road America, the 4-mile, 14-turn road course in Elkhart Lake, Wisconsin. The Continental Tire Road Race Showcase is a two-hour, 40-minute tilt starting Sunday at 4:05 ET (3:05 pm, local time). The race – round eight of 10 – will be seen live on FS1 from 4:00 to 7:00 pm ET.

The long straightaways are a good test for the Mazda MZ-2.0T, the inline, four cylinder, two-liter turbocharged engine that powers both Mazda Prototypes. All the Mazda drivers speak highly of the track, and Joel Miller, driver of the No. 70 Castrol/ModSpace Mazda Prototype, rates it at the top of his list. 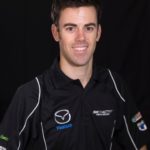 “The first time I drove there – back in my open-wheel days – I just fell in love with the place. The long straightaways allow great passing opportunities and the track has many different kinds of corners. It is a driver’s track, and you can really push the car to the limits. It encompasses what a race track should be: a natural terrain circuit that still has that old-school feel. Any day you drive at Road America is a joyous day.”

The Mazda Prototypes have been running at the front all season. Do you expect the same this weekend?  “It’s going to be the typical Daytona Prototype vs. P2 cars [such as the Mazda Prototypes] again. I think a P2 car could have the outright lap time because the track rewards downforce from Turn 5 all the way to the kink [back straightaway]. Those are all downforce corners. The P2s have been qualifying on the pole but as soon as the green goes, things change. I think our Mazda Prototype has the legs to do what we need. We’ve just gotta play a better strategy than anyone else. You’re going to have four-car trains with the big draft, so track position is going to be key. It always is. We need to keep doing what we’ve been doing the past few races, we just need to get out front and stay out front. We’ve been competitive. We just need to finish the story.”

– Both Mazdas will carry the 2016 Soul Red liveries.

Continental Tire SportsCar Challenge
The Continental Tire SportsCar Challenge headlines the Saturday afternoon schedule, with the two-hour, 30-minute race going green at 12:35 ET (11:35 local time).  At the most recent Continental Tire series race, Mazdas swept the podium with a 1-2-3 finish. Defending series champions, teammates Chad McCumbee and Stevan McAleer, in the No. 25 ModSpace MX-5 with Freedom Autosport, won for the second time this season and solidified second place in the driver standings. Alara Racing grabbed their best finish of the year in second with drivers Christian Szymczak and Terry Borcheller driving the No. 34 Mazda. Completing the sweep was the duo of Andrew Carbonell and Liam Dwyer, who race the Marine Semper Fi Fund MX-5 No. 27 for Freedom Autosport. The three-car Freedom team also features Britt Casey Jr. and Danny Bender in the Trumpf No. 26 Mazda. 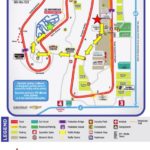 Race fans who attend the event at Road America will have an opportunity to drive one of six models of new Mazda vehicles. The Ride & Drive will be in action Friday, Saturday and Sunday in the “Upper Motorplex” area (aka the kart track). It is free for all participants. (Click the attached map or here with more details for a PDF download.)