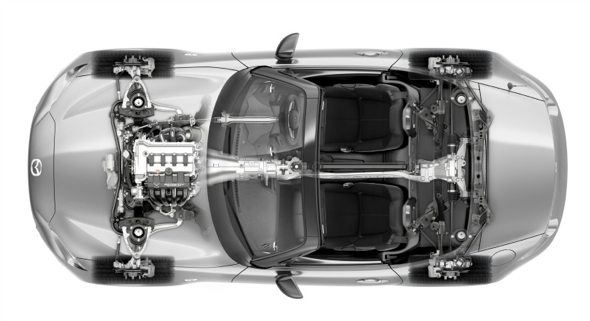 Fourth-generation roadster is 220lbs. lighter than its predecessor. The car that will soon populate race and autocross grids across the country, just as so many of its predecessors have in both open competition and as part of one of the largest spec racing classes in history, has been revealed. Shown simultaneously in Monterey, Calif., Japan […]”