Ortiz brings a wealth of racing experience to the Mazda3 TCR program. Beginning his career at age 13 in karts, Ortiz made his first start in the Michelin Pilot Challenge series in 2005 and spent several seasons racing sports cars before racing as a member of NASCAR’s Diversity Program for three seasons. Since joining the MX-5 Cup in 2017, Ortiz has captured six victories and 18 total podium finishes. 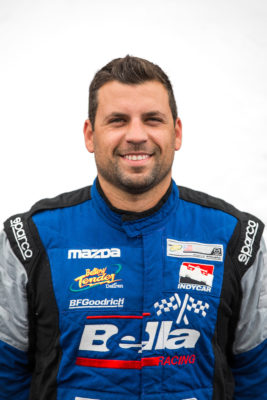 “To have this opportunity that Mazda has given me is a huge honor,” said Ortiz. “Mazda gives aspiring drivers an opportunity that no other company does, and that’s to advance to the next step in their career. Now that I am the MX-5 Cup champion, I’m proud to represent Mazda and have the trust of the company to race the new Mazda3 TCR. Now, I’m focused on working with everyone at Mazda Motorsports to be ready to the first race at Daytona in January.“

“At Mazda Motorsports, we are very proud of how a driver can launch their career through the various grassroots racing initiatives and scholarships, said John Doonan, Director, Mazda Motorsports. “One of the reasons we launched the MX-5 Cup platform was to provide an equal playing field that would enable driving talent to shine through, and to then provide a career advancement scholarship to help the drivers make the next step. Bryan has taken full advantage of that, and having seen him compete and getting to know him over the past three seasons, I’m very excited that he will continue to be a part of the Mazda family as part of our Mazda3 TCR program.“