Aluminum radiators offer more robust and efficient cooling for racing applications.Mazda Motorsports is proud to offer a full line of racing KoyoRad radiators. KoyoRad leads the radiator industry in building quality and performance into its radiators. KoyoRad radiators are designed and produced to the highest engineering standards for cars that have increased performance.The KoyoRad all-aluminum replacement radiators are designed for superior cooling efficiency and performance and are a direct fit replacement for Mazda OE Factory radiators. The R-Series and its 53mm core is the most robust, but KoyoRad also has more models for when mounting space is at a premium but high cooling efficiency is required, such as the Hyper V series with its 36mm core. 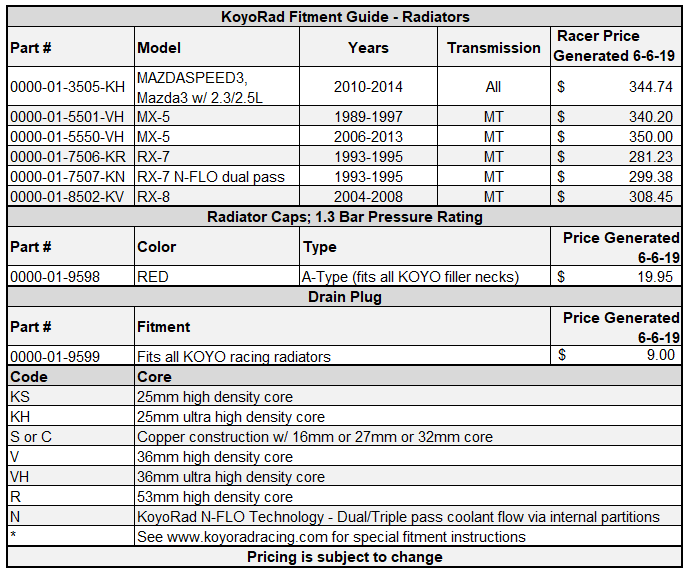 Whenever a major component is being replaced and everything is loosened and removed, it’s a good idea – and less labor than doing it later on – to replace all the ancillary pieces at the same time. So Mazda Motorsports recommends that racers carefully check the entire cooling system when replacing a radiator and suggests replacing all cooling system hoses and hose clamps in addition to the thermostat and gasket when replacing a radiator. 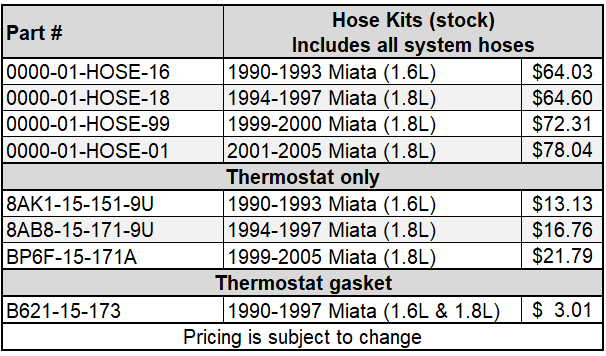