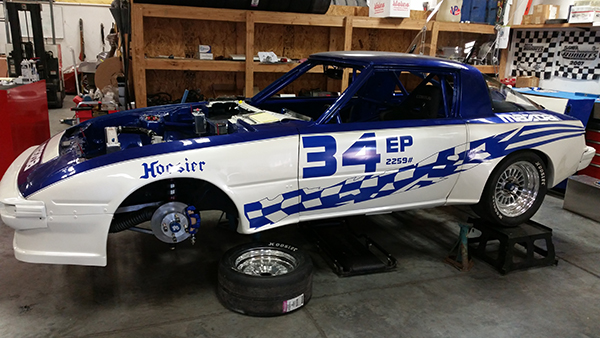 It’s a great thing to be able to build a tribute to an old friend who’s no longer around – if the car can be really fast and win races, that’s even better. That’s Jesse Prather’s goal in building a tribute to the late Tom Thrash in the form of an E Production RX-7 that will include some bodywork that Thrash made, a tribute paint scheme and, like all that Prather builds as part of his shop Jesse Prather Motorsports, the best of everything.
Thrash was a mechanical engineer and Mazda racer from Houston. He spent most of his racing career in RX-7s, running E Production and GT3. He won the SCCA EP National Championship in 2007 and finished on the podium twice more in that class, plus once in GT3. Sadly, he passed away during the SCCA Chicago Region June Sprints weekend in 2009.
“[Tom] and I raced against each other all the time,” Prather explains. “Sometimes he would win and sometimes I would win, [and] we ended up becoming very good friends. After he died, I always wanted to do something like this; it’s just taken me a few years to come up with the right donor car. I bought this car from Paul Pineider, who also runs a first-generation RX-7 in E Production. He started this car as a team car to Tom’s, but didn’t get anywhere with it; he just got the car and stripped it. When I bought the car from him, I decided to put a new spin on an E Production RX-7 and take it to the next level, like Tom would do. It’s not going to be the same colors as Tom’s cars, but it’s still an E Production RX-7.” 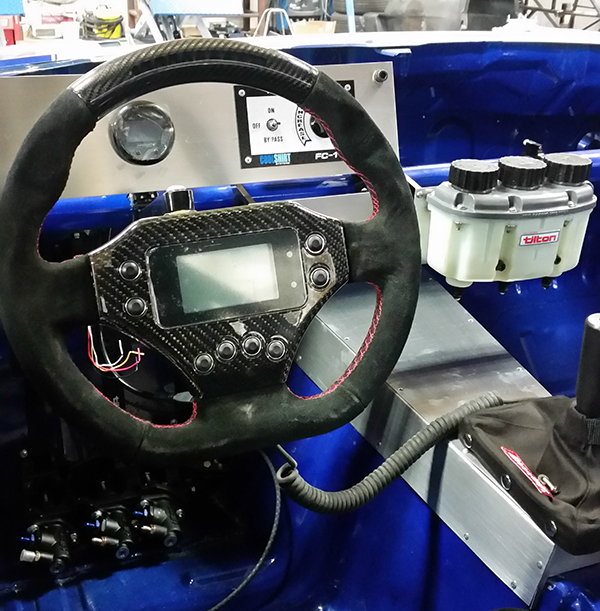 When Prather talks about wanting to “take it to the next level,” he’s serious. Production-class racers know that Prather builds some of the best racecars out there, but he’s intent on making this one the best yet, and bring the first-generation RX-7 back to the SCCA Club Racing podiums on a regular basis.
“This car was completely stripped down to the bare chassis. Every single component I’ve installed on this car has been lightened, made of better material, or had extra thought and design processes put into every little detail. People are going to be blown away. We’re always trying to make these cars more powerful, make them handle better, make them stop better, and so on, so I’ve put a lot of thought into this project. It’s been fun. It’s also been very expensive – to make a car like this costs a lot of money.” 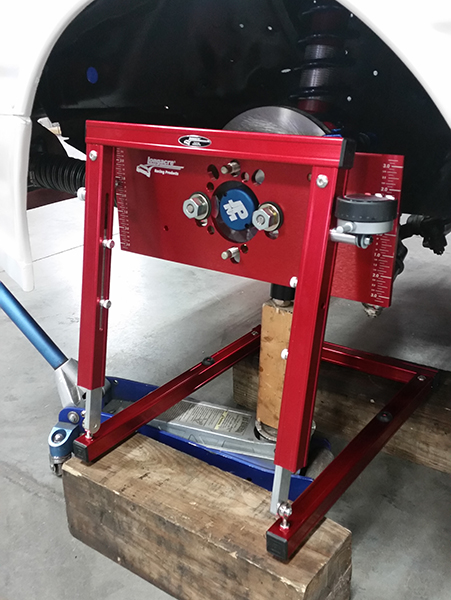 Fortunately for Prather, he doesn’t have to pay his own labor rates, and he notes that no customer would want to pay him for the 30 hours of porting he did to the engine. But creating things like trick steering wheels, which have the data screen and shift lights built in, aren’t in Prather’s skill set, so that he has to buy. Beyond that, he’s put the weight as low as possible, and re-engineered the rear suspension. He won’t completely reveal what he did, but he made it very adjustable. “All these tiny little items will make it better than any RX-7 we’ve seen up to this point.”
It’s been a while since a first-generation RX-7 has ruled the roost at the national level of SCCA Club Racing in E Production – Justin Pritchard won the 2011 Runoffs in one in the rain, the first person to win a National Championship in one since Thrash. There are a lot of fast Miatas – many built by Prather – that have supplanted the venerable rotary rocket. But Prather is aiming to change that, and says this car could be top five at the Runoffs.
“It’s really a new take on this car, and I really wanted to build this car as a tribute to Tom,” he says. “I think this is something he would really appreciate if he were still around and still racing these cars.”