The two-car Mazda Prototype team were near the very top of the timing charts for the season-opening testing session — known as the Roar Before the 24 — last weekend at the Daytona International Speedway.

The three-day test session opened the 2017 IMSA WeatherTech SportsCar Championship season in preparation for the 55th running of the Rolex 24 at Daytona. The 24-hour race will take place January 28 – 29, featuring the Mazdas in the top Prototype category. All of the Prototypes in the field are brand new for 2017, with the two Mazdas competing under the Daytona Prototype international rules.

The weekend started with the unveiling of the liveries of the new Mazda RT24-P race cars. The No. 55 car will carry Mazda’s instantly recognizable Soul Red color, while the No. 70 ModSpace/Castrol Edge racer will feature Mazda’s Machine Gray hue. While the look of the cars — utilizing Mazda’s KODO design language — had been hailed since their debut at the Los Angeles Auto Show in November of last year, this test was an opportunity to see if they were as fast as they were gorgeous.

The No. 55 Mazda was second-best among the 12 Prototypes (and 55 cars overall) that tested, setting a quick time only 0.02 (two-hundredths) behind the quickest car. Over a complete 3.56-mile lap of the Daytona road course, that difference is slightly more than one yard, or less than one-quarter of a car length!

Driver Jonathan Bomarito set the quick time, as he and his season-long teammate Tristan Nunez were joined for the test by IndyCar driver (and four-time Mazda scholarship winner) Spencer Pigot. The Soul Red machine also recorded the top speed of the weekend at 197.1 mph, which highlighted the aerodynamic efficiency developed by Mazda’s designers in conjunction with Multimatic and Riley Technologies.

The No. 70 car finished the weekend as 10th-fastest overall with drivers Joel Miller and Tom Long, who were joined by IndyCar racer/Dancing with the Stars notable James Hinchcliffe and Ben Devlin.

The test session was an opportunity to push the cars hard to find any weak components before the 24 Hours. The cars did suffer a few mechanical failures that were able to be repaired. Despite the issues, the two Mazdas covered more than 900 miles in preparing for the 24 Hours.

The team now begins final preparations before the Rolex 24 at Daytona at the end of the month. You can tune in live to see the start of the race on FOX-TV on Saturday, January 28 at 2:00 pm Eastern Time. 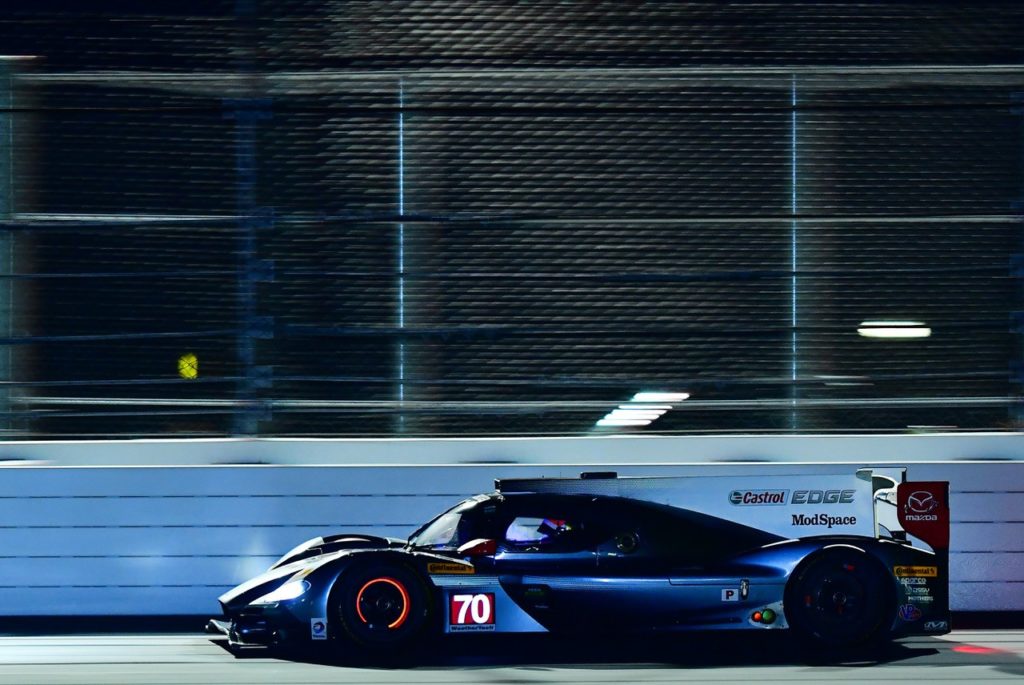