With the SCCA Solo Nationals now over, and most parts of the country winding down their autocross seasons, let’s take a look back on the 2016 season and the development of the new 2016 Mazda MX-5 Miata.

Mazda Motorsports and SCCA Solo National Championship winning driver Ron Bauer have been busy all season working on and testing parts for this new platform in an effort to develop not only individual parts, but also packages of parts.  The goal for the 2016 season was to end the year with proven parts for both the CS and STR classes.

Development really began at the 2015 Solo Nationals, but gained steam once Bauer acquired his personal MX-5 car at the end of September 2015.

The team decided early on to start with CS and then gradually work up through the classing structure with CS and STR being the targets for 2016.  That being the case, Bauer started by testing some one-off Koni double adjustable shocks for CS at the end of the 2015 season and then added on a Speedway style front swaybar and Winmax brake pads as the 2016 season started.  This testing proved fruitful, as Bauer was able to take the win at both the San Diego Tour and El Toro Pro.

Prior to these California events, the team was able to get one weekend of testing on some preliminary STR parts before converting the car back to CS trim.  Once the Tour and Pro were over, the car was then converted to STR trim where it would remain for the rest of the season.

As the season moved forward, “lightness was added” by swapping out the brakes for Wilwoods; replacing the stock seats with race seats; and adding a lighter, but more powerful, exhaust from the header back.  Engine tuning brought the power from 148/148 stock at the wheels, up to 166/160.

All of these parts came together to make a very quick car, and the National Championships would be the wrap-up to determine how far the team had come over the course of the first season in the car.

Sadly, some mechanical issues reared their heads in Lincoln, Nebraska, leaving Bauer with one run on the first day.  After borrowing parts from a couple of CS drivers, Bauer was able to get in his Friday runs to finish in 4th place in the very stout 67 driver STR field.  “I’d like to give a huge thanks to Deana and Travis Kelley, along with Brian Garfield for letting me borrow parts from their cars to be able to compete at the National Championships.  It was a very emotional roller coaster ride this week as we tried to track down the root cause of the mechanical issues.  In the end, we had a lot of people not only help us with parts, but with support ranging from tools to theories, to just plain friendship.  These people are the reason so many of us love this sport and keep coming back,” said Bauer.  “I’d also like to add that ultimately the issues we had in no way reflect a bad product from Mazda.  This new Miata is a fantastic car and I wholeheartedly recommend it to anyone!  While this Nationals was a bit disappointing and challenging for me personally, I think we’ve shown that the car is highly competitive.”
Going forward, there are still more parts to be tested for STR, so don’t be surprised to see Bauer in the STR field again in 2017.  Beyond that, the team is looking towards developing the car further in the class progression, including Street Prepared and Prepared.  Stay tuned for more on that. 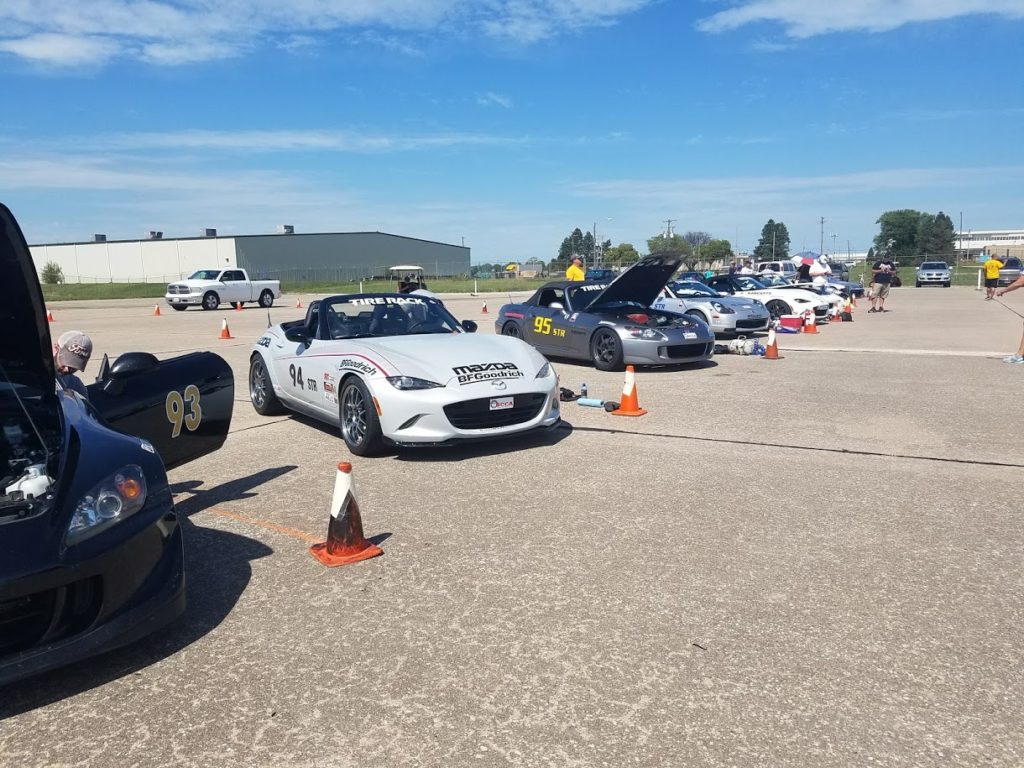