Brian and Julian Garfield, father and son, present an autocross team like no other and are July’s Spirit of Mazda winners. They have earned it for displaying the One Mazda trait – working as one unit.

(During the month of August, we asked the Mazda community to recommend and vote for who should be recognized as The Spirit of Mazda winner for July. We have tallied the votes and named Brian and Julian as the winners – our first father/son combo.)

University of Kansas freshman Julian Garfield is coming off a ProSolo Championship last week in Lincoln, NE – which makes it six in the books for the 18 year old. His father Brian is certainly proud, who has two to his name, and is the one Julian gives all the credit to.

“I certainly owe many thanks to all that have supported me throughout the years, but above all my father Brian is the reason I am where I am. He is my co-driver, my crew chief, my travel companion, and has had a great influence on my driving. He is the one that first taught me and helped me develop the skills needed to run at the top. I admire his compassion for watching his family succeed over anything else; he has provided me with the best opportunities for which I will be forever be grateful.

“Along with my father comes the most supportive mom; my mother Lisa is always the one to remind me to have a good time above all when competition can get a little tense.”

Brian and Lisa put Julian in a go-kart at the tender age of five. Julian primarily competed in the SCCA’s Solo category and earned five consecutive SCCA Solo National Championships from 2008 to 2012, as well a Rotax regional championship while karting wheel-to-wheel. In 2012 at age 13, he acquired a NASA road racing competition license and began competing in Showroom Spec Miata. At 15, he transitioned into SCCA club racing, where he competed in the competitive Mid-Atlantic Road Racing Series. Despite great success with three wins, five poles, and a runner-up finish in the championship, road racing simply became too costly for him.\

Julian’s focus turned back to becoming a mechanical engineer and competing in autocross.

During the 2016 SCCA Solo Nationals, Brian and Julian had a rollercoaster ride, giving thrills to all who witnessed. On a nationwide scale, participant numbers shattered the record for the third year in concession, with an astounding 1,305 drivers competing this year in Lincoln, Nebraska.

To make it to the event, Julian had just completed his second week of college and raced off to Lincoln. In over a month, he hadn’t driven the 2016 MX-5 in which he would be competing. It didn’t shake his confidence, however. Julian commented, “Getting reacquainted with the new 2016 MX-5 is easier than riding a bike.”

That comfort level helped him get up to speed quickly, but with the competition so fierce, you have to be in top form to be competitive. For Julian, the first runs in the car at the SCCA Pro Solo Finale weren’t his best; however, after a rainy afternoon session, his focus returned and he was ready to take on the other points’ leaders in Sunday’s final shootout.

But Julian rose to the occasion. He dropped significant amounts of time on Sunday – enough to claim his 6th Pro Solo championship, completing a flawless Pro Solo season in the MX-5.

At this point, he was more than ready to take on the record-breaking 86 car field of C Street competing at this year’s Solo Nationals the following week.

After taking an early lead on day one –Tuesday, September 6 – Julian dropped to 2nd position once the dust settled – 0.153 behind Daniel McCelvey in an akin ceramic-colored MX-5.

Day two brought the rain, a variable that could easily flip the tightly-packed field upside down. Brian and Julian were off the pace for their first and second runs on the course – the west course 0 – and couldn’t do anything but watch their names fall through the field as a drying line began to be revealed.

They made a significant change in their shocks and tire pressure for the final run, and Brian – the father who has given so much to assist Julian in his success – offered to be the guinea pig for the team by going first. After he crossed the line with a strong improvement, everyone knew Julian still had a chance.

The adjustments to the car and Julian’s driving style certainly paid off. Julian managed to drop 2.7 seconds on his last run to jump to the top spot. “I was filled with emotion as I heard my friends go wild as I crossed the finish lights, but all I could do was wait as I knew there were very strong competitors yet to finish,” Julian stated.

In the end, Julian held on to the quickest time of Day 2, but McCelvey crossed the line shortly after with a time quick enough to hold onto the championship by a narrow 0.058 seconds. Congratulations goes out to Daniel, Julian and Brian for putting on what was considered by many to be the best and most dramatic show of the week.

“It was unbelievably thrilling to be part of,” exclaimed Julian. “Even though I fell just short, I was very content with my finish among such a talented group of drivers. Huge congratulations to Daniel McCelvey, and Mazda for putting together a phenomenal car that managed to sweep the podium in the event’s largest class.”

So Solo Nationals have come and gone, but Julian’s 2016 season is not over. He has returned to the University of Kansas where he has proudly joined Jayhawk Motorsports, the school’s own Formula SAE team. He has been actively testing and providing feedback in its formula cars, and looks forward to a successful 2017 season ahead of us. 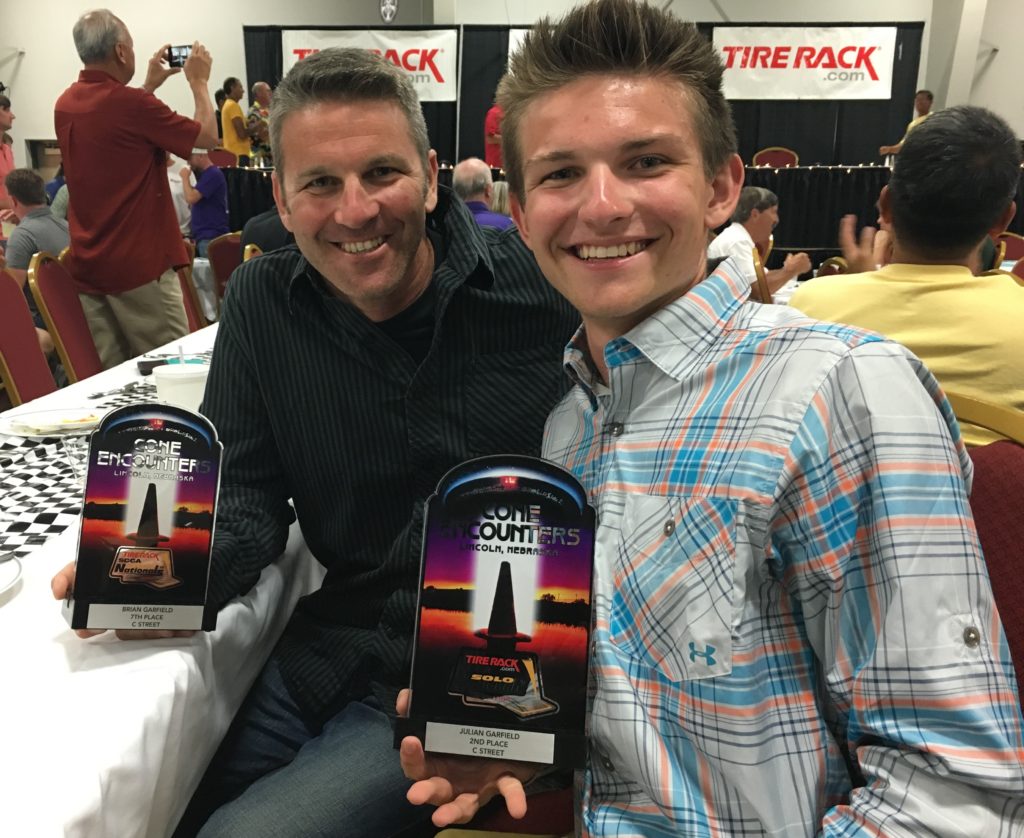