Mazda racers had another successful weekend in the Pirelli World Challenge , as 20 Mazda racers, competing in the three touring car classes, scored a combined two wins and 10 podium finishes at the Utah Motorsports Campus. Mazda now leads the manufacturer’s championships in both Touring Car and Touring Car A classes.

Touring Car (TC):
•    Adam Poland (pictured above) returned to the series and scored a win Friday afternoon in his Doghouse Performance Mazda MX-5 Miata.
•    John Weisberg (pictured below) scored a dramatic last-lap, last-turn win on Saturday afternoon in his BERG Racing REDCOM Laboratories Mazda MX-5. Weisberg was in third place entering the final turn. When the battle for first went wide, he dove into the lead. The margin of victory was .055 seconds, the closest finish in Pirelli World Challenge history.
•    Patrick Gallagher started first in both races in his Atlanta Motorsports Group Mazda MX-5 and added two podium finishes to close the points gap for the championship.

Touring Car A (TCA):
•    Joey Bickers scored a pair of podium finishes, second place on Friday and third on Saturday, in his Atlanta Motorsports Group Mazda MX-5.
•    Elivan Goulart had third- and fourth-place finishes to maintain his TCA points lead. With five wins from the first 10 races, Goulart and his S.A.C. Racing Mazda MX-5 have been the team to beat in TCA.

Next-up:     The Touring Car championships will be decided at Mazda Raceway the weekend of October 7-9, 2016.

About Mazda Motorsports
Mazda Motorsports boasts the most comprehensive auto racing development ladder system of any auto manufacturer in the world. The Mazda Road to 24 program offers a number of scholarships to advance drivers up the sports car racing ladder, beginning with the MX-5 Cup series and culminating with the Mazda Prototype team. The Mazda Road to Indy is a similar program that includes Mazda-powered categories of USF2000, Pro Mazda and Indy Lights. In grassroots road racing, more Mazdas race on any given weekend in North America than any other manufacturer. Mazda is also the title sponsor of the renowned Mazda Raceway Laguna Seca in Monterey, Calif. Follow all of the latest news at MazdaMotorsports.com, @MazdaRacing on Twitter, and MazdaMotorsports on Instagram and Facebook 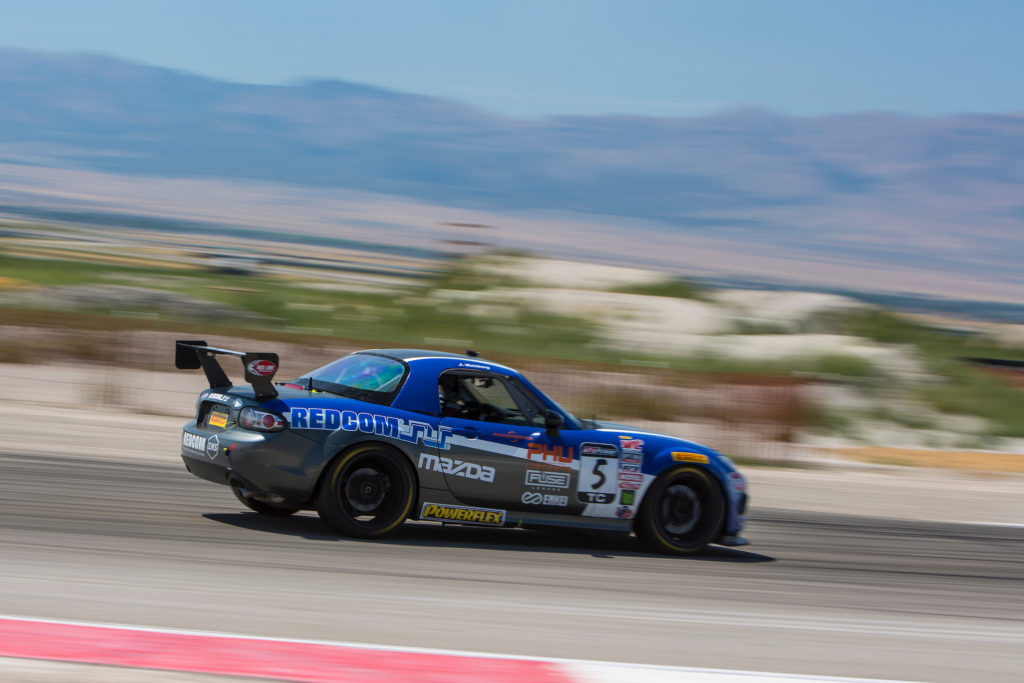