IRVINE, Calif. (July 5, 2016) – After an outpouring of fan enthusiasm at Watkins Glen International, the Mazda Prototype team will again carry special liveries honoring the 25th anniversary of Mazda’s victory at Le Mans as the IMSA WeatherTech SportsCar Championship goes to Canadian Tire Motorsport Park (CTMP) in Bowmanville, Ontario. The two-hour, forty-minute Mobil 1 SportsCar Grand Prix takes place Sunday, and can be seen at 11 am ET on FS1. This is the sixth (of 10) races for the Prototype category of the WeatherTech series in 2016. 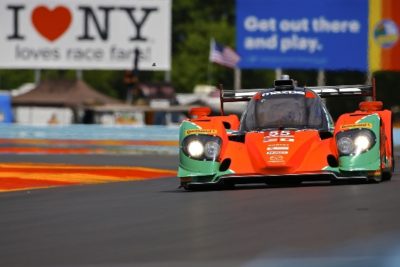 The two Mazda Prototypes will carry liveries that echo the look of the rotary powered 787B Mazda that won the 1991 24 Hours of Le Mans. The No. 55 car will carry the bright orange and green color combination of the ’91 race winner, while the No. 70 will feature colors (Soul Red, Machine Grey and silver) that represent the present and future of Mazda Motorsports. The inspiration for the original design was provided by sponsor Renown, a clothing company that made argyle socks.  Mazda remains the only Asian auto maker to earn an overall win at Le Mans.

The Canadian track has a long history, and its high-speed corners offer an advantage for the high-downforce and nimble Mazda Prototypes. We spoke with Tom Long about how much the drivers love the 10-turn, 2.23-mile (3.957 km) undulating circuit.

Tom Long, Driver, No. 70 Castrol/ModSpace Mazda Prototype
Why do drivers get so giddy about racing at CTMP?  “It’s exhilarating! Canadian Tire Motorsport Park is one of the most iconic drivers’ tracks in North America. It’s not changed much over the years. Certainly there’ve been safety improvements at the circuit, but the nature and layout of the track is the same. It has incredible elevation changes and it takes total commitment in many of the corners.”

Explain what you mean by total commitment. “I don’t touch the brake pedal until the third corner! Actually, I’m on the brakes only once until Turn 5. The speed and downforce we have in the Mazda Prototype means we’re flat-out through Turns 1 and 2 and then Turn 4. There is no adjustment with the throttle pedal through these sections, combined with several stories of elevation changes. The downforce created by our car – combined with incredible braking – on a 2.2-mile track that we’re covering in just over one minute? That’s impressive!

“It’s a very physical track where the G-loads affect your neck and back. Your core must be very tight to hold your body up. Even though the seatbelt holds you in and the seat is wrapped around you, you still have to hold the helmet up and keep your body in the right stance to control the throttle and braking correctly. It’s really tough on the cars too. I’ve seen power steering systems fail because of the strain from the immense G-loads. It takes a lot of strength and a lot of endurance for the car and driver. That plays into a full team effort to have success there.” 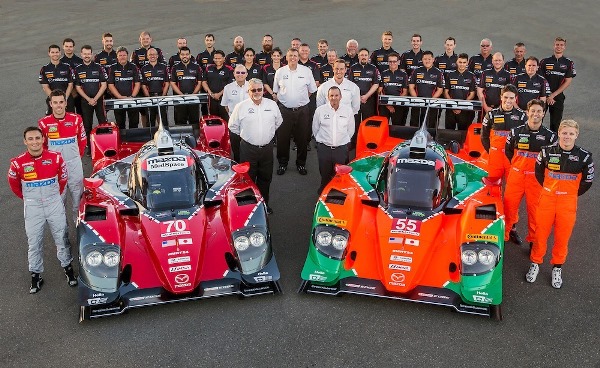