Dual NASA champion in Spec Miata is recognized for his Challenger Spirit.

“He’s really put everything a person can into achieving their goals – time,money, effort – and he’s a very fair, very clean driver,” says Malkhassian. “He’s really one of those guys that when you see him in the paddock, he’s always smiling, he’s always friendly. He’s dead serious about what he does, but he makes the world better because everyone around him is having a good time with him. He’s a very positive person.”

People might note that  Drennan has had his issues in tech at the SCCA National Championship Runoffs. Malkhassian notes that he has asked others to give him a fast, legal car and been let down. That’s part of what defines him – being able to get back up.

“Last year was a double disappointment. He was looking like the guy to beat, and Kyle [Loustaunau] beat him at Sonoma Raceway last year. He kind of didn’t give up. We talked about him running MX-5 Cup this year, but he really wanted to get this championship. He went out, did everything he had to do right, got it and showed the tenacity to go out and get after it,” Malkhassian says.

Perhaps the highest praise Malkhassian has to offer? Wanting Drennan as a teammate or competitor: “I sure hopes he wins the [Mazda Road to 24] Shootout; he’d be a great competitor in MX-5 Cup.” 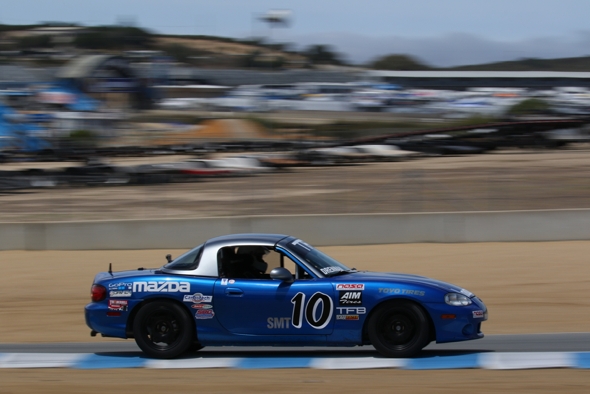