Matt Powers of San Rafael, Calif., won the inaugural Mazda Race of NASA Champions at Mazda Raceway Laguna Seca to be crowned NASA Grand Champion. He was followed to the checkered flag by Corey Rueth of Manchaca, Texas, and Jeremy Croiset of Tehachapi, Calif.

As NASA Grand Champion, Powers, the Western States Champion in GTS4, earns an invitation to compete for the Mazda Club Racer Shootout, won in 2014 by NASA Western States Spec Miata champ Kyle Loustaunau. The winner of the shootout is awarded funding to compete in MX-5 Cup the following year.

Rueth was the early leader as Powers, Croiset, David Ziegler and Ben Anderson followed in a five-car MX-5 train. On lap five, Powers passed Rueth for the overall NASA Champions lead. Powers continued to lead as the top three NASA drivers were running near identical 1:45 lap times. On lap 11 Chi Ho spun in Turn 10 and hit the wall bringing out the race’s first and only caution period. On the restart on lap 16, Croiset was able to take over second position from Rueth, and then took the overall NASA Champions lead going into Turn 1 three laps later.

However, on lap 22 Croiset got caught in traffic coming down from the Corkscrew and was relegated to third place as Rueth and Powers took advantage of Croiset’s delay. On the final lap, Powers managed to get by Rueth to take the NASA Grand Champion crown.

You can watch Sunday’s Round 6 of the Idemitsu Mazda MX-5 Cup Presented by BFGoodrich® Tires including the Mazda Race of NASA Champions, on MazdaLive.com. 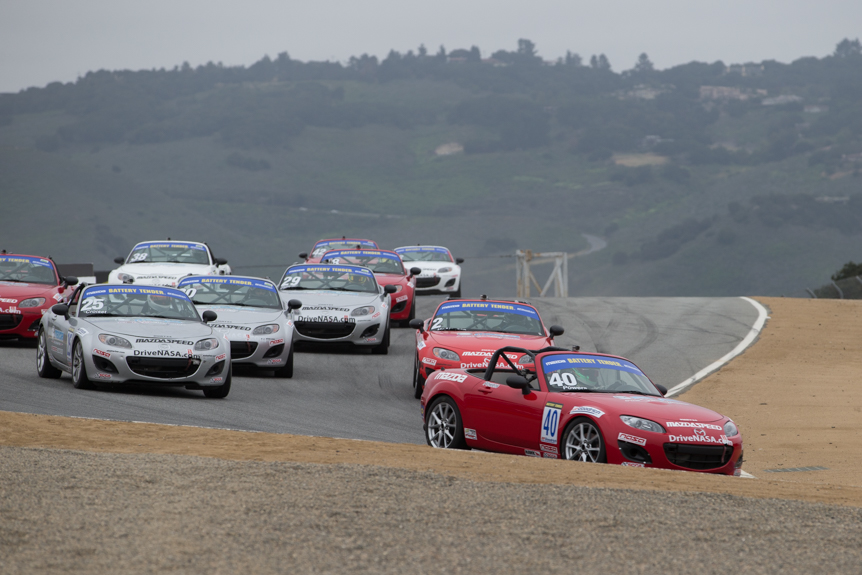