Team USA Scholarship winner Michai Stephens relates his experience racing in the UK and some of the lessons he learned.

Michai Stephens was one of two young American racers chosen to represent the U.S. in the 2014 Team USA Scholarship program, which sends deserving young racers to compete overseas. The program is supported by Mazda and many others in the motorsports industry. The Skip Barber series racer, along with Cooper Tires USF2000 Championship Powered by Mazda Rookie of  the Year Aaron Telitz, raced at the Formula Ford Festival and Walter Hayes Tophy, two of the UK’s biggest racing events. Here is his post-race blog from the Walter Hayes Trophy, where he finished third.

It is 6:20 am Monday morning as I find myself up and ready for action! After almost a solid month of racing and living the dream, my body has become acclimated to the early rise. You would think after the excitement of the Sunday before that one might want to sleep in a bit, but for me I am ready to do it all over again.

The 2104 Walter Hayes Trophy Event at Silverstone will go down as one of my greatest memories and experiences. I would have to say that many other folks would have to agree with me on this as well. The sense of joy and enthusiasm for the sport of motor racing at the track was unmatched to anything I have been a part of before. The atmosphere was absolutely wonderful and, as they say, the racing was “brilliant.” To finish on the podium was just amazing.

The number of people in attendance was so cool. From the numerous teams, drivers, mechanics, marshals, fans, stewards and organizers/promoters, the respect and love shared for what we were all doing was great. Everywhere you turned a genuine smile could be found. I must admit that I had to learn how to do the same. With the level of competition present this year and the many different personalities and cultures, it took way less energy to just roll with the punches and let the chips fall where they may.

My objective heading into the weekend was to do my best to make it into the Grand Final. After not having finished a race the weekend before, I thought that still might be pushing it a bit. With track conditions changing by the second, it was tough becoming confident in any specific area. The best thing to do was to go out and feel the car and observe what the other drivers were doing, so that’s what I did. I think one of the biggest contributing factors to this weekend was to go into everything with an open mind and no real expectations. I wanted to finish the race, of course, but beside that I did what I could to not put any added pressures on myself. This was only possible due to the many magnificent people who supported me all along the way.

The entire gang from Cliff Dempsey Racing, the Team USA Scholarship, marshals and racing fans were all very supportive. Even so, there were many occasions where they had higher hopes than myself. With so much positive energy rolling around, getting in and out of the car became very enjoyable. For the Semi-Final and Final race, I was the most relaxed I had ever been in a racing car – I sang songs and tapped at the steering wheel as if it was a drum pad while I waited for the races to start. When the lights went out, the rest became a fun, flowing adventure with a bunch of great folks just inches away.

During the course of those two races, I focused on everything and nothing at the same time. It was all one big picture; cars sliding around, people colliding with one another, the constant changing of positions was FUN! As I have been told by other Team USA candidates in the past, I believe Aaron and I both can attest to this being some of the best times we will experience in racing. From on and off the track it is definitely an experience that I wish many people could have.

Patience, a bit of self-confidence, support and genuine love for what you are doing can speak volumes and carry you far. I have learned so much over the past month, and I will never be able to repay all those who helped made it all possible. From life lessons to racing lessons, you must push on through the hard times and continue to try to find meaning behind every good and bad. To reap the rewards of the good, you must preserve and understand the bad. Because, as I have learned while over here, life is more grand with a smile. 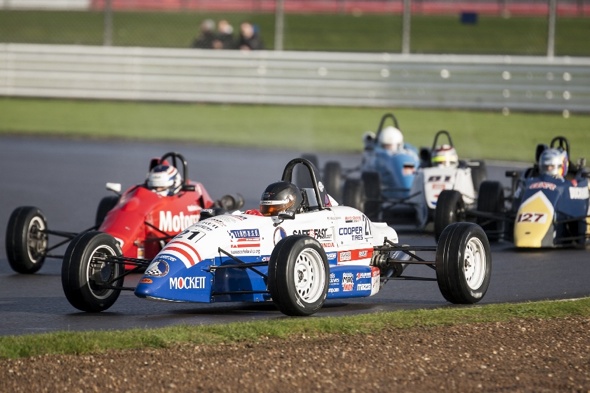