Of the 28 of SCCA’s national classes, Mazda drivers won Hoosier Super Tour point championships in 12 of them. These titles include the spec classes of Spec Miata, Formula Mazda, Formula Enterprises and FE2, but Mazdas or Mazda power also helped drivers to titles in eight open classes as well, ranging from Touring 4 to Formula Atlantic. 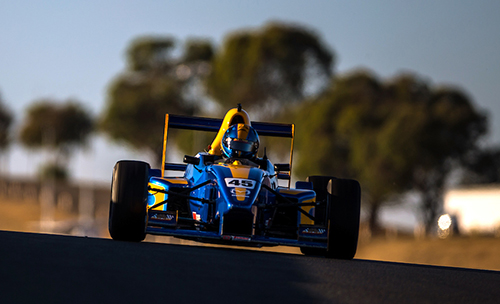 There were several tight finishes in the Hoosier Super Tour point championships this year. The Formula Enterprises 2 battle came down to a tie, with Thomas W. Burt and Rhett Barkau both earning 137 points. However, Burt and his Bulldog Motorsport SCCA FE2 Mazda claimed the point championship based on his fifth-place finish at the Runoffs as compared to the eighth-place finish of Barkau.

Only the top six regular-season finishes counted toward a driver’s 2018 point total. Points were also awarded for a seventh and final race, the Runoffs. For each race, points were awarded to the top 20 finishers in each class. Winners earned 25 points, and 21 points went to second. Points were then doled out to others starting with 18 and descending to a single point for the 20th finisher.

The Mazda drivers claiming Hoosier Super Tour points championships are eligible for up to $1,500 in contingency payouts from Mazda. Michael Carter won the Spec Miata $30k Challenge bonus, a two-race scholarship to compete in the Idemitsu Mazda MX-5 Cup presented by BFGoodrich® Tires.