After sweeping the previous MX-5 Cup weekend at Barber Motorsports Park, Nikko Reger has established a commanding lead in the season championship with 18 points in hand over second placed Selin Rollan. Rollan, the recipient of this year’s Mazda Road to 24 Scholarship, has one victory and is in second place in the championship just ahead of Bryan Ortiz, the winner of the first race of the season. 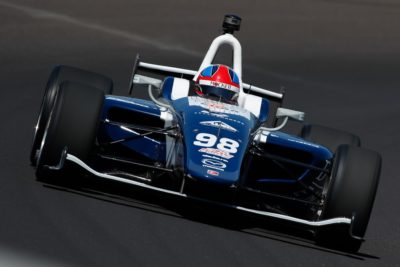 After sweeping the month of May by winning the Freedom 100, as well as both races at the Indianapolis Grand Prix, Colton Herta has moved into the lead of the Indy Lights championship. His teammate at Andretti Autosport, Pato O’Ward, sits just six points behind in second place on the strength of his three victories this season. Third in the championship is Santi Urrutia, who claimed a race victory at Road America in 2016.

The Road America races are a home event for Aaron Telitz, from Rice Lake, Wisconsin.

The dominating form that Parker Thompson has displayed through the first seven races of the season – including victories at the Indianapolis road course and Lucas Oil Raceway – have taken him into a clear lead of the Pro Mazda championship. Entering Road America, Thompson is 40 points clear of second-placed Carlos Cunha who is just one point ahead of third-placed Rinus VeeKay.

Also dominating the early part of the season has been rookie Kyle Kirkwood. Three victories, including the previous race at Lucas Oil Raceway and two additional top-five finishes in USF2000 have seen him stretch out a 61-point advantage after six races. Alex Baron, with two wins on the season, is second in the championship while another rookie, Jose Sierra, is five points behind in third.