Winning an SCCA Solo National Championship is never easy – winning a title in one of the biggest, most competitive classes in autocross history is even tougher. But to do that, for the second time in a row and third time overall, only days after the floodwaters have receded from your home and you’re not exactly sure what you’ll be returning home to? That’s perseverance and focus on a whole other level.

Daniel McCelvey won his second C Street national championship in 2016, the first win in the Street classes for the ND Miata. That year, C Street set a record for the largest Open class to date at the Tire Rack SCCA Solo National Championships in Lincoln, Neb. McCelvey was determined to do it again, and in 2017 his wife, Laurie, was going to come along and compete in her first Nationals. Then nature threw them a giant curveball.

“We were affected by Hurricane Harvey; our house flooded during the storm and we were forced to evacuate our house two weeks before Nationals,” explains McCelvey. “When we evacuated, we couldn’t take all the racing stuff, and we figured that was it, we weren’t going to Nationals. Once we got evacuated and we were safe – we were at my parents’ – we were able to go back later the same day, get the trailer, load up the race stuff and get it out of the flooded area and get that to safety as well. We were moving to keep it safe, still thinking we weren’t going to make the trip because of all the demolition, all the remediation stuff you have to do to prevent the mold.”

The day before they would have left for Lincoln, the water had receded enough for them to get back to the house, and they were preparing to do the demolition work. But that night, Laurie insisted that Daniel go and she would stay behind. “She helped me load the trailer up, and the next day I was headed to Lincoln and she went over to our house and started tearing out sheetrock. I definitely would not have made the trip if it weren’t for her encouragement and her sacrifice to stay behind and deal with everything that had to happen at our house. She was able to catch a flight later in the week so she could compete in C Street Ladies in her first Nationals, and she ended up getting fourth – better than she expected to do. I’m very proud of her for that,” he says.

The McCelveys had a big support network in Lincoln, not only of fellow Houston Region members, but other Texas friends and people who had heard about their struggles. “Knowing all those people were here and following our story on Facebook and knowing they were cheering for us, it made a huge difference.” 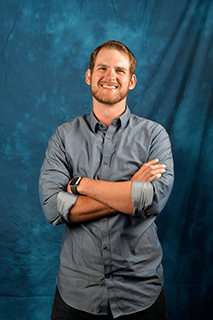 McCelvey not only won, he set quick time both days. While his time on the first day was only 0.002sec quicker than eventual second-place finisher Robert Carpenter in another ND Miata, on the second day he set a blistering pace six-tenths quicker than anyone else to claim his third national championship.

McCelvey won his first C Street title in another car, then spent several years driving a bunch of different cars before seeing one of the Long Road Racing-prepared NDs in the hands of Andy Hollis at the 2015 Solo National Championships. He had read the magazine reviews, the car had just been classed in C Street, and talking to Hollis sealed the deal.

“Watching him, talking to him and getting a lot of feedback, it seemed like a great car,” says McCelvey. “The light weight, performance…it seemed like it was going to be the car to have the next year. Then, of course, it had the nice daily driver factor to it, kind of a weekend fun car.”

He notes that on nice days there may be a bit of a competition over who gets to drive the car; but Laurie, being a teacher who leaves the house at 5:30 a.m., usually wins that battle.

All those factors came together after a year in which McCelvey struggled. “I came to Nationals unprepared,” he admits. “I didn’t have enough seat time, hadn’t done my preparations, and didn’t do as well as I wanted to, and that kind of re-focused me and re-motivated me going forward. I really put in the effort and focus last year to take the first championship in C Street and was able to continue the focus into this year. Really, this year was a lot more seat time and a lot more development time, finding a little bit more speed in the car.”

McCelvey is sticking with the Miata for 2018, but in a different class. “After Nationals, I decided that I had done the back-to-back wins and I’ve kind of done everything I could achieve in the class and was ready for the next challenge. But at the same time, I wasn’t ready to get rid of the ND. I feel like I’m still learning the car and really enjoying my time with it, and I wanted to stick with Mazda,” he says, noting that the support Mazda Motorsports gives played a big part in that decision. “The contingency program is unmatched in Solo. If you win consistently, it’s a huge portion of my racing budget taken care of, which is very much appreciated.”

So what’s next? McCelvey is building the car for Street Touring Roadster and already has much of the work done – despite, as of mid-November, still not being back in their house. MazdaMotorsports.com will check in with the McCelveys in a few months to see how the development is progressing.