After winning the 2017 Idemitsu MX-5 Cup title, Gallagher then won the MX-5 Cup Challenge to back it up

When Patrick Gallagher returned to the Idemitsu MX-5 Cup Presented by BFGoodrich® Tires, he had to be viewed as one of the favorites to win the title. Not only had he proven himself in his years competing in the NC chassis, he took the first victory of the new formula in 2016 in a one-off appearance at Mazda Raceway Laguna Seca. On top of that, he was coming off a great season in Pirelli World Challenge Touring Car where he nearly took the Touring Car title.

Yet no one could have predicted the kind of season he would have. Not only did he bookend the season with sweeps at Barber Motorsports Park and Mazda Raceway, he won a race every single weekend, at every track. Then, to top it off, he claimed the $75,000 first-place prize at the MX-5 Cup Challenge in October at Mazda Raceway. A storybook season and championship.

“You always want to have a year like this,” says Gallagher, who came into MX-5 Cup in 2012 as the winner of what’s now known as the Mazda Road to 24 Shootout. “I never walked away from a weekend feeling terrible because our worst finish was fifth, and we won a race every weekend. Winning that many races and working hard with the MMR guys and building relationships there that hopefully down the road will come into play was a highlight.”

Gallagher does a lot of coaching at Monticello Motor Club, where the track and many members have MX-5 Cup cars, so he’s gained a lot of experience with the cars – and winning the first race was certainly a confidence booster. Along with the promise of the $200,000 scholarship, it was enough to bring him back to the series for 2017.

“Mazda is the only company doing that,” he says of the scholarship. “‘This is the best series to do it in and prove yourself because everyone has the same cars. We are running on the same weekend as IMSA and IndyCar and PWC. All the big teams are here. So if we can go and win a race or two each weekend, all of a sudden they start hearing your name. It’s the series that Mazda, Andersen Promotions, Idemitsu…everyone has put together a platform to get guys who have come out of club racing and actually propel them into something a little higher profile.”

Having just won the series championship, doing the MX-5 Challenge race that Mazda put together and for which they offered a $75,000 prize was a no-brainer. Gallagher had a one-position penalty in the first race because he made a pass after exceeding track limits, so he finished second. But then he won the second race while Matt Cresci, the winner of the first, finished third. That was enough for him to win the big money.

Now holding $275,000 to put toward his next racing adventure, Gallagher isn’t sure what his next move will be.

“I have talked to John [Doonan] about potential places to go in IMSA and PWC. I definitely want to move up and get to the next level,” he says. “It’s just where do we go? What’s the best long-term move, what’s the best short-term move? Obviously I’m looking at the long term more, but I think the short-term move and the long-term move will probably be the same thing. So that will make my decision a little easier. But I certainly have a bunch of interest [because] everyone knows that I have a big pile of money to go racing. The phone rings a little more!” 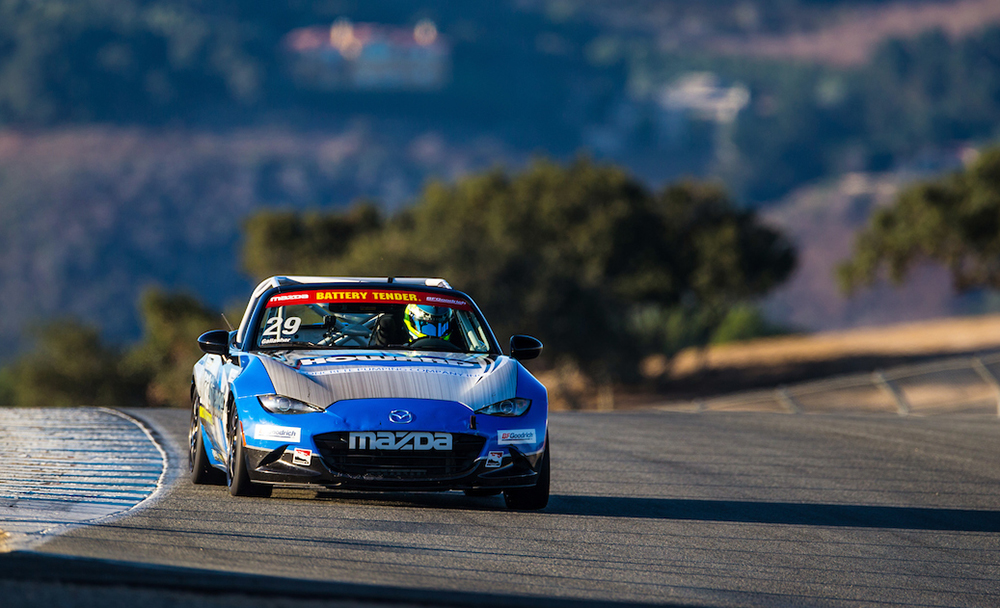