2016 was a very special year for me as I was able to compete in races I had always dreamed about. My season actually started back in September of 2015 at Mazda Raceway Laguna Seca, where I won the 2015 Indy Lights championship along with a $1,000,000 scholarship from Mazda to move up to the Verizon IndyCar Series.

The scholarship included three races in IndyCar, with one of them being the 100th running of the Indianapolis 500, the one race I’ve wanted to be part of since I started racing. Before my IndyCar career got started in March, I was asked to be a part of the Rolex 24 Hours at Daytona in the Mazda Prototype. Everything in sports car racing was new to me, but the car is a blast to drive and the racing is super intense. Being in the top class you’re always passing a slower car, there’s never a dull lap!

From there, I completed my first ever weekend in IndyCar and my first 12 Hours of Sebring with Mazda. My season in IndyCar was very unique. I did my first three races with Rahal Letterman Lanigan Racing. Those were the Grand Prix of St. Petersburg, Angies’ List Grand Prix of Indianapolis and the Indy 500. We had a few good races, including coming from 18th to 11th at the Indy GP.

The highlight was obviously the Indy 500! The speed is something that is very hard to get used to. Doing laps at 220mph was eye-opening the first few days of practice. I got more comfortable throughout the month, but nothing compared to the race. Racing in front of almost 500,000 people was incredible and an experience I’ll never forget. The race didn’t go great, we were on target to finish around 15th until we ran out of fuel and lost a few laps getting back to pit lane.

I switched to Ed Carpenter Racing after the 500, and did all of the road and street courses for the rest of the season. We had some really good races, finishing 7th at Mid-Ohio and 9th at Road America. We made a lot of progress throughout the year and hopefully we get a chance to continue that in 2017.

Mazda asked me to do the 6 Hour of Watkins Glen and Petit Le Mans, two more races I’ve always wanted to compete in! We were very competitive and I was able to lead both races. Petit was probably the most fun I had all year, driving the Mazda Prototype. I did four stints in the number 70 car and was battling for position the entire time! Unfortunately, the race didn’t end well for us, but we showed the speed and teamwork to be on the podium.

While 2016 was the first year in my career I didn’t win a race, it was by far my most memorable year. You can’t expect to walk into the top level and win in your rookie year, but I feel I made the most of my opportunities and learned a ton from everyone I was able to work with. Without the scholarships I won throughout the Mazda Road to Indy, none of this would have been possible. Little did I know when I won my first Mazda scholarship at 16 years old to compete in the 2010 Skip Barber National Championship, I would win another scholarship 5 years later to earn a seat in the biggest race in the world. People ask me all the time about how I got to IndyCar, and the answer is easy. Without the Mazda Road to Indy, I would not be an IndyCar driver. Mazda gives us a chance to prove ourselves and that’s all you can ask for as a driver. 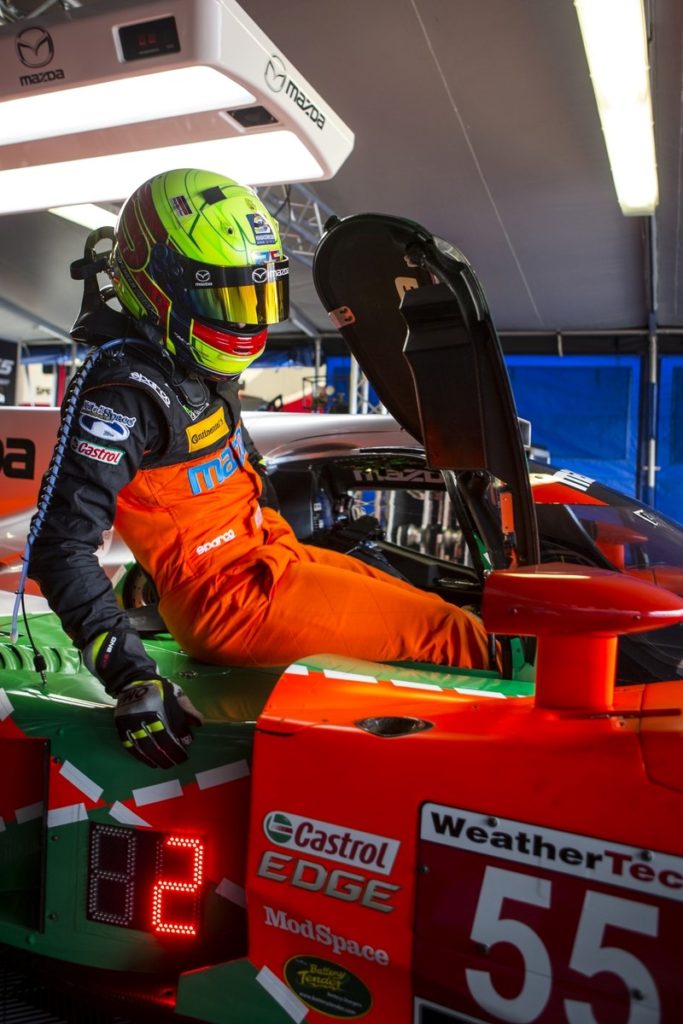