Mazda Motorsports sat down with the pilot of Tech Sport Racing #23 in the Pirelli World Challenge (PWC) to learn more about his progression from club racing to competing for the championship in PWC.
MM: You made the jump to professional sports car racing (Pirelli World Challenge, TCA, #23 Mazda MX-5) after competing in club racing, winning multiple championships. What hit you as the biggest differences between grassroots and pro racing?
EP: I ran the Miata I personally built for three years, but I really only went hard at it the last two. I don’t want to knock club racing because it’s great and something I still do and hope to continue forever. However, there is certainly a different allure to pro racing: a lot of great fans, the competition is fierce, and the TV coverage is a bonus. It’s just a generally more exciting atmosphere.
MM: Why did you choose to race an MX-5 in TCA?
EP: This whole opportunity with TechSport Racing this year was totally unexpected and I believe it is only because of all the exposure I have gotten from Mazda Motorsports over the past few years. So maybe it is just a coincidence that my Team owners Kevin and Debi have Mazda’s for me to race, but that is an ideal coincidence. Obviously we have the best handling cars out there, best contingency and more.
MM:  You’re tied for second in TCA point’s standings (since interview was conducted, Powell now sits 3rd). What’s been the biggest learning curve to being so competitive?
EP: The one thing I had never done before was standing starts. However I reached out to Kenton Koch for advice – thanks Kenton – so I’ve had amazing starts all year. Even my very first one which was from the pole earned me the Optima best standing start award. Other than that, most of these tracks are new to me so there is always a learning curve there. Canadian Tire Motorsports Park was a tricky place to get up to speed. We, as a team, started at a small disadvantage racing against teams that have been racing the NC MX-5s for years. We have just had to figure out what these cars like on our own, and that’s a never-ending process as racers know.
MM: Elivan Goulart has been tough to beat this year. What are you going to do to get your first win of the season?
EP: Elivan has had a great year. He’s sort of like Rowdy Burns or Russ Wheeler in the sense that he is always there. He is very experienced. But I love the guy and we have had some epic racing this year. I’ll beat him. It’s just a matter of time till an entire race comes together for us.
MM: Any regrets?
EP: Obviously we would like to be leading the championship or at least a little closer to the lead, but we have had some bad luck this year. Two DNFs and a couple times I came out on the wrong end of some amazing last lap racing. But watch out the rest of this year and next year!
MM: What’s in store for 2017?
EP: I am super excited about 2017 right now. TechSport and I are working hard to build another multi-car Pirelli World Challenge program again. For next year. We have big plans that I believe include me at this time. We have so much fun. There is no other team I would rather be with here. I will also be back with the CCP Fab team running the SCCA Majors Tour and going for another Runoffs bid.
Also, a huge thanks to Mazda Motorsports for your support these past few years. You have been a massive part of my success on and off the track. I also want to extend my gratitude to Kevin Anderson and Deborah Popolizio of TechSport Racing for the opportunity and confidence they have instilled in me. Let’s just keep it rolling! 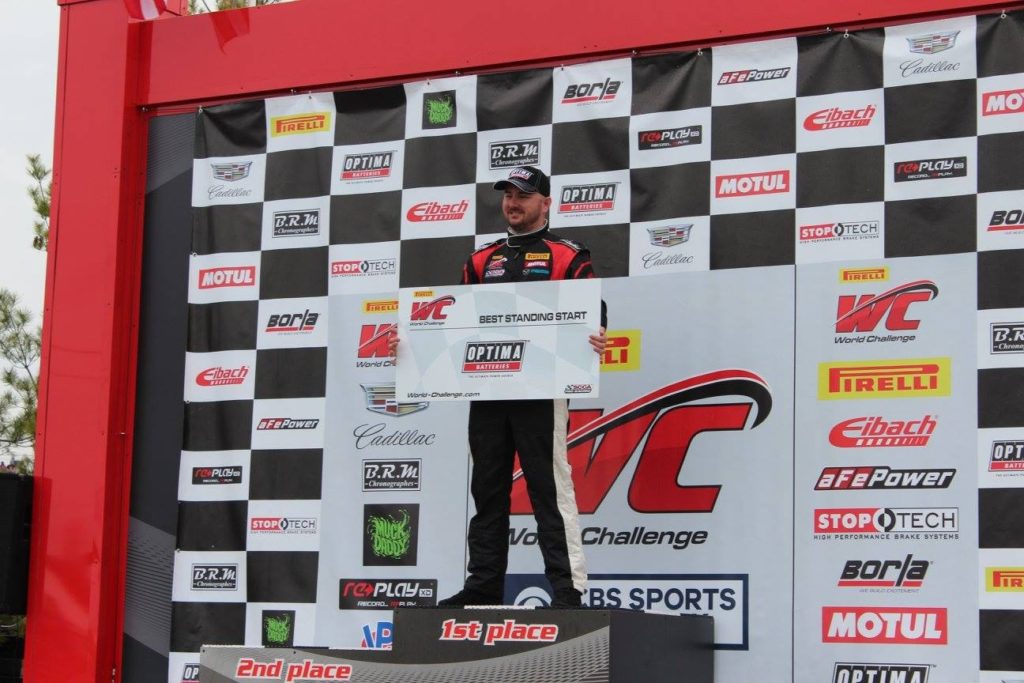