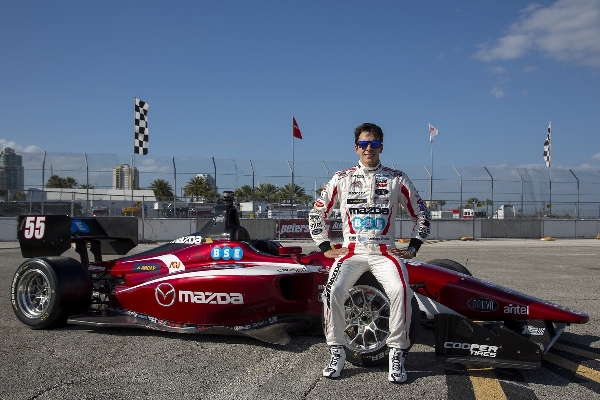 Urrutia, above, shattered the track record in qualifying for Indy Lights at Mid-Ohio, which was only step one for the weekend as he led every lap of the two Indy Lights races. The Uruguayan has now won a league-leading four races this season, with three races to go. Coming into the weekend, Ed Jones held the points lead, but a crash in Race 2 hurt his finishing position. Unofficially, Urrutia leads Jones by 16 points. Dean Stoneman finished second in Race 2 and is third in the championship standings. It was a very strong weekend for the Schmidt Peterson Motorsports team, as Urrutia won both races while his teammate André Negrão finished second and third. 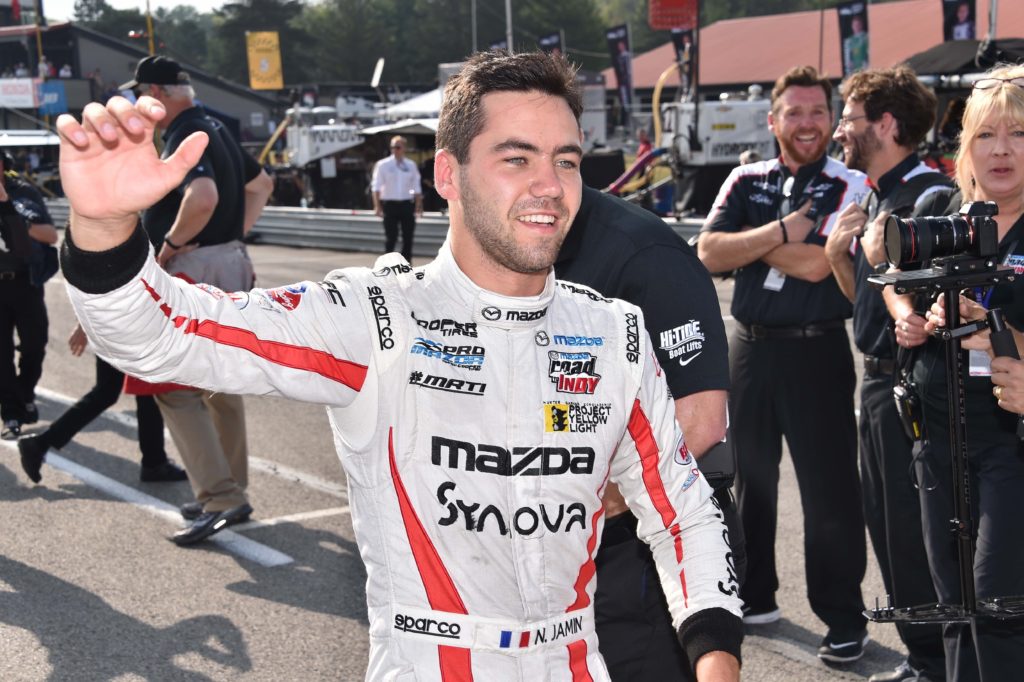 Jamin, pictured above, carried the Soul Red color to two wins on the 2.4-mile, 13-turn course. Jamin ended the streak of 11 consecutive race wins for Team Pelfrey drivers Aaron Telitz and Pato O’Ward. It marks the first career victories in Pro Mazda for the French rookie, who earned his Mazda scholarship by winning the 2015 USF2000 championship. Jamin won three races here last year, and now has a five-race winning streak at Mid-Ohio. With two podium finishes, Telitz has taken the points lead over O’Ward by 14 points, followed by Jamin in third and Will Owen fourth with three races remaining in the season. 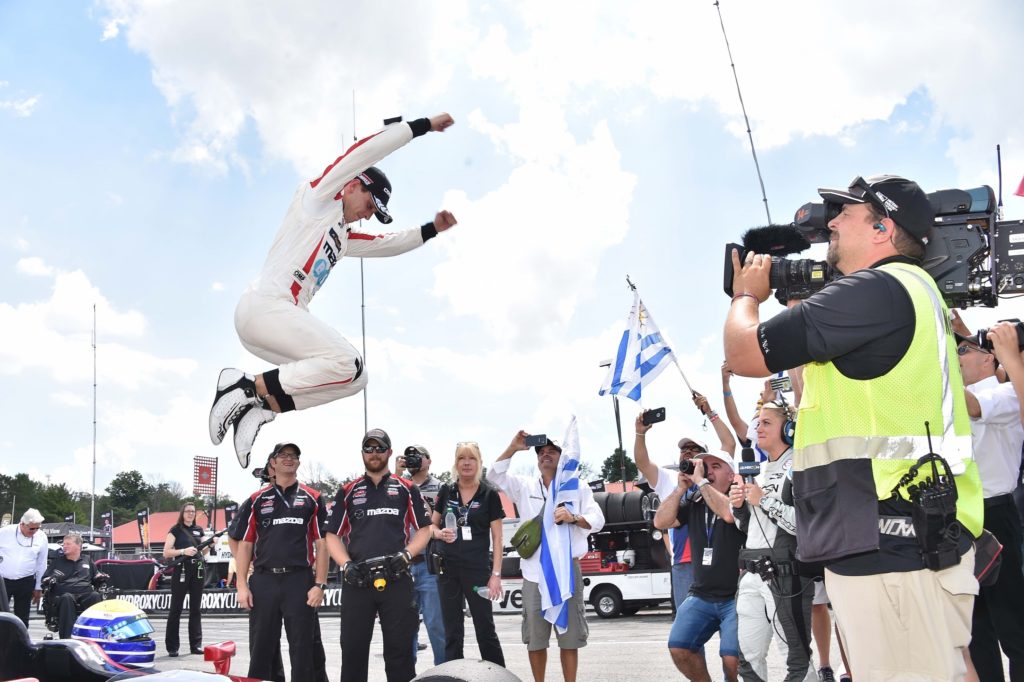 It was a towering performance for young Australian Martin, pictured – flying – above, who earned three pole positions and three race victories in the USF2000 series. That gives Martin seven victories for the season. He has a 21-point lead over his teammate Parker Thompson heading into the final two races at the season finale event at Mazda Raceway Laguna Seca, September 9 – 11.

The season champion in each of the three categories will receive a Mazda driver development scholarship for 2017, which will allow them to move up to the next level of the Mazda Road to Indy. The Indy Lights champ wins a $1 million prize which guarantees at least three starts in the Verizon IndyCar series (including the Indianapolis 500) in 2017.
——-

Santi Urrutia, Indy Lights Driver, No. 55 Mazda / Schmidt Peterson Motorsports
“The key was starting on the pole. That was really good. On the start, we did a good job, which was to keep the lead. The restarts were hard as the track was very slick, but once the Cooper Tires came in, the car was really really fast – yesterday and today. I’m really very happy.”

Going into the final three races, what is your strategy? “We’re gonna go for the win. We want to win this championship for me and the team at [Mazda Raceway] Laguna Seca so we can be in IndyCar next year. We came here to win, and we won both races so we’re going to try to do the same in every race.”

Nico Jamin, Pro Mazda Driver, No. 2 Mazda / Cape Motorsports with Wayne Taylor Racing “With three laps to go, I realized I might actually make it two in a row. I was the happiest guy in the world. I survived all the incidents and kept my head down – it was the craziest race of my career. We’ve been chasing our first win for so long, stepping up our game every week, so to win two races and sweep the weekend is amazing. I don’t know what it is about this race track. The Cape guys gave me a great car here last year in USF2000 and we had a really good car this year, so I was able to fight for the win again.”

Anthony Martin, USF2000 Driver, No. 8 Mazda/ Cape Motorsports with Wayne Taylor Racing
“Unbelievable! It doesn’t get much better that – three wins and the championship lead now. All I have to do is be consistent at Mazda Raceway and a championship could be waiting for me. With two races, it could change quickly. I’ll give it everything I’ve got.”
IndyCar star – and fellow Aussie – Will Power came over to congratulate Martin after his third win. What did you two talk about? “He gave me a few tips. With a 21-point lead at Mazda Raceway, he said it’s a hard place to pass, so get a good qualifying in, stay up front and I should be good. It’s easy to say but I’ll have to put it into practice in a month’s time.”