MM: Congrats on another podium in the IMSA WeatherTech SportsCar Championship. How does it feel?
Doesn’t hurt to have the reassurance that I didn’t forget how to drive! I don’t have a lot of seat time in these cars to begin with and being out of the car for three months doesn’t help. Jumping back into it was a bit of shock the first session. Felt good to be able to do my part in keeping the car in the lead and all four on the asphalt. Unfortunately, the caution took the win away from us during my stint since it destroyed the huge gap we had over second place. I am very happy, however, as we got a solid result and Performance Tech’s best of the season.

MM: What was the toughest part about the Sahlen’s Six Hours of the Glen race?
The toughest part was getting in the car for my stint with really only one 30-minute session under my belt in practice. I was comfortable, but not at the pace I wanted heading into the race. But the first half of the first stint was all I needed to be fully confident.
It was also frustrating to see the gap to Renger disappear during the track clearing caution. I had no idea he was that close until the team told me he was 3 seconds behind me and it was for position. Fortunately, for the remainder of my stint I kept him at bay, keeping the gap between 2-3 seconds after kicking it into gear. But in the end, he leaped us in the pits. I was quite close on drive time and was being slightly conservative trying to stretch my two stints to make hour forty-five drive time. The caution helped solidify my drive time, but hurt the overall result in the end. That’s racing!

MM: How does race strategy differ for the 6-hour race at Watkins Glen from the 24-hour race at Daytona?
During a 24-hour race, you can be slightly more conservative knowing that there is a lot of time on the clock. At the same time, you still need to be pushing, but higher risk passes in traffic aren’t as necessary. A 6-hour race is very much a sprint race and you have to make no mistakes because you don’t have as much time to rebound from them with the help of cautions, time, and strategy. If you have a hiccup during the race, it’s pretty much over; however, during the 24, anything can happen. We went from being 5 laps down to 19 laps in the lead to having a 3-lap lead at the end of the 24.

MM: You’re leading the NAEC. What does that mean to you?
To be honest, if you told me at the beginning of the season what had happened so far, I would’ve bet more money on winning the lottery. I can’t believe I am in the position to actually have a shot at winning this! The things that have had to come together to be able to make this happen have been more than unbelievable. I pray every day about it and he keeps answering! I am truly blessed to have been given the opportunity to drive with JDC Miller Motorsports in the first two races and Performance Tech for The Glen. Hopefully I can work something out to be in the seat for Road Atlanta’s Petit Le Mans. All hands are on deck to make this happen and I can’t thank everyone who has gotten me here – specifically the Mazda Road to 24; Justice Brothers; Donate Life; my family and friends; ALARA Racing; JDC Miller Motorsports; Performance Tech; Skip Barber; and the one above. Winning a 5th championship in a row would be awesome and hopefully it gives others the hope and belief that talent (and being humble) can actually be the thing that separates you from the rest.

MM: What are you working towards accomplishing for the remainder of the season?
From the driving side, I want to at least compete in the final race of the season with Performance Tech at Petit. There might be another drive available prior (at COTA), if the funding permits. Winning the TPNAEC is the goal and I am doing all I can to make that happen.
From the coaching side, I am enjoying my time as the series coach for the Idemitsu Mazda MX-5 Cup. I have been developing a relationship with all the drivers and been doing my best to offer them the value they deserve for being in the series. For the rest of the year, I want to build on those relationships and see the level of competition grow from my help. 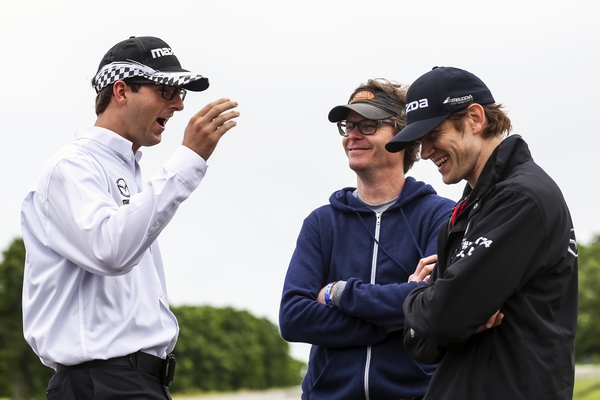