MINNEAPOLIS (February 24, 2016) – Afterburner Autosport, a team that has secured race victories in each of the last three seasons, has announced that Dakota Dickerson will be driving for the team in this year’s Cooper Tires USF2000 Series powered by Mazda. Dickerson, 19, will compete in a Soul Red race car, a color reserved for Mazda driver development scholarship winners in 2016. He earned the scholarship by winning the 2015 Skip Barber Shootout. The USF2000 series is the first rung of the Mazda Road to Indy ladder system. 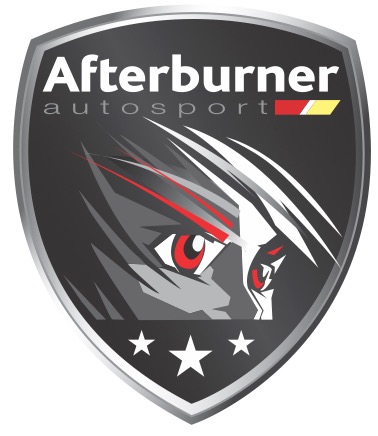 “We’re happy to have Dakota with us,” said team owner Tim Walsh. “I’m impressed with him and his thirst for knowledge and understanding the setups on the car. He’s equal to or faster than any other driver we’ve had. Every driver has a different style, and the keys are to get comfortable with the tires and the car and to understand how it all works. To get that experience is the key to going out and driving to win.”

During a busy 2015, Dickerson, a San Diego resident, represented the USA in the Formula Ford Festival (where he finished fifth overall) and the Walter Hayes Trophy events in England. He raced in the open-wheel Skip Barber Summer Series before winning the $200,000 scholarship shootout. Dickerson also had five victories in the Spec Miata category, and was selected as the Otis Hurley III Rookie of the Year for the California Sports Car Club. In 2014, he was the first recipient of the Bryan Herta Career Enhancement Scholarship following a successful, decade-long karting career.

“My main goal is to reach the Verizon IndyCar Series,” said Dickerson. “The best way to get there is the Mazda Road to Indy. I’ve been racing karts for 10 years, so it’s been one of my dreams to represent a manufacturer. And I am very proud of the program we’ve put together, and to be running under the colors of Mazda is an honor.”

After several test sessions with the team, Dickerson is confident with the step up to the USF2000 cars.
“This is just a fun car to drive,” he said. “It has a lot more downforce and better tires [than I’m used to], so the grip and the cornering speeds are way up. I really like the Mazda engine and how reliable it is.

“My goal for this season is to win the championship and earn the Mazda scholarship to move up to Pro Mazda. Other than that, I want to learn a lot. That means making progress every race, to be consistent and prepare myself to move up the Mazda Road to Indy ladder.”
Dickerson will team with Brazilian rookie Felipe Ortiz at Afterburner Autosport. The team is looking to expand with more entries for this season as the organization targets a future move to Pro Mazda or Indy Lights.

Afterburner Autosport:
Afterburner Autosport was formed in 2010 with the sole purpose of leading the way in the Cooper Tires USF2000 Championship powered by Mazda competition. Under the guidance of former F2000 racer and engineer Tim Walsh, the team has over 20 years of experience in open-wheel competition and can field up to four cars in competition. The squad, which is based in Shakopee, Minnesota, has continually developed and grown since joining the Cooper Tires USF2000 Championship powered by Mazda and has multiple series victories, winning at least one race every year for the last three years.

Mazda Motorsports:
Mazda Motorsports boasts the most comprehensive auto racing development ladder system of any auto manufacturer in the world. The Mazda Road to 24 program offers a number of scholarships to advance drivers up the sports car racing ladder which culminates in the Mazda Prototype team that races in the top level of IMSA sports car racing in North America. The Mazda Road to Indy is a similar system in open-wheel racing, which includes USF2000, Pro Mazda and Indy Lights racing categories with Mazda power. The new MX-5 Cup car makes its debut in 2016, with affordable, turnkey race cars. In the grassroots categories, more Mazdas road race on any given weekend in North America than any other manufacturer.

Mazda North American Operations is headquartered in Irvine, Calif., and oversees the sales, marketing, parts and customer service support of Mazda vehicles in the United States and Mexico through nearly 700 dealers. Operations in Mexico are managed by Mazda Motor de Mexico in Mexico City. For more information on Mazda vehicles, including photography and B-roll, please visit the online Mazda media center at www.mazdausamedia.com. Motorsports information can be found at MazdaMotorsports.com.