Glenn McGee was declared the winner of the Mazda Road to 24 Scholarship. The iRacing competitor beat out eight other finalists to claim the prize that will allow him to compete in the 2016 Idemitsu Mazda MX-5 Cup.

Beginning in 2014, winners of iRacing‘s MX-5 Cup seasons were considered eligible for what is now known as the Mazda Road to 24 Scholarship Shootout. The Shootout takes eligible amateur racing champions from the U.S. and Canada, narrows them down through business proposals and videos, and brings the finalists to the track where they prove their mettle behind the wheel, demonstrate their knowledge of vehicle dynamics and data analysis and show their personality and business acumen in interviews with the judges.

For the 2015 shootout, it came down to nine finalists. After a day of interviews and a day of driving in tricky, wet conditions at Carolina Motorsports Park, the field was narrowed to two drivers to go head to head in some final lapping sessions: double NASA Spec Miata champion Mark Drennan and iRacing champ Glenn McGee. The choice between the two proved tougher than ever for the judges, and they deliberated an extra week to be sure they reached the correct decision.

McGee was declared the winner, and awarded the $100,000 scholarship to compete in the 2016 Idemitsu Mazda MX-5 Cup. Click on the video to watch his journey, and that of fellow iRacing champ Rich Eklund, through the process. 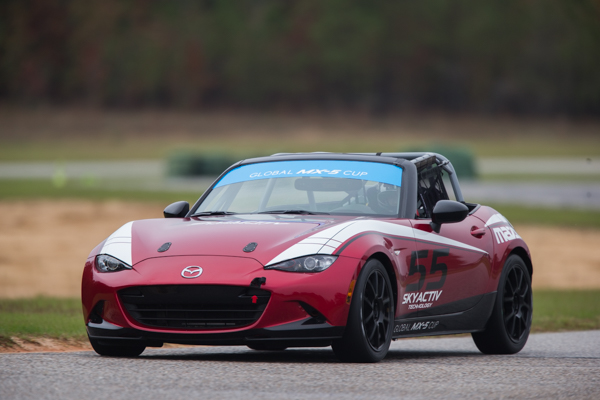 Related Content:
Putting Simulation to the Test
Be the Compete Racer: Seat Time