If things had gone a bit differently in his life, instead of racing in the Mobil 1 12 Hours of Sebring Presented by Fresh From Florida, 18-year-old Tristan Nunez might have spent the middle of March preparing to compete in the Sony Open tennis tournament in Miami.

But, fortunately for him and Mazda race fans, he sat in a kart and was hooked.

“I was originally a tennis player,” the driver of the No. 07 Mazda SKYACTIV-D Prototype in the TUDOR United SportsCar Championship says. “Tennis is still and always will be in my blood. I like to get out on the court with my brother from time to time to brush up my skills and as part of my workout routine.”

Tristan’s father, Juan Nunez, was a professional tennis player and now coach. He coached Spaniard Arantxa Sánchez Vicario to a French open win in 1989 and also coached Chris Evert and Gabriela Sabatini. So it was almost a given that Tristan would start playing at a young age. He even reached the top 100 in the junior rankings. But it never really called to him the way racing does.

“I never really had the passion for tennis. When I set foot in my first go-kart, I was set. I said to myself that I was going to do this, no matter how hard I had to try or how hard I had to work to get sponsorships. I was thinking about this when I was a 13-year old kid. I think it demonstrates if you have a passion for something, you won’t stop until it actually comes true. Thanks to Mazda and their amazing program, they’ve given me the opportunity that I’ve dreamed about,” he says

Now that he no longer pursues tennis as a career, he finds that he enjoys it more. In fact, he never actually won a tournament when he was working hard at it. After he started karting, and went back to tennis for fun, he won his first tournament. “I think that proves that the less pressure that’s on you, the more you can enjoy something, the better chances you have of succeeding,” he notes.

Tennis isn’t his only sports activity, though. He started playing hockey at age 8, and recently took it up again because he is dating the daughter of a professional hockey player. He also enjoys mountain biking, which he took up because his mother, Diane, wasn’t particularly excited about the idea of him biking on the road.

“It’s a rush. It scares the living daylights out of me,” he laughs. “You’re going through trees that aren’t even the width of your bike; you’re going over jumps and all that other stuff. It’s definitely an adrenaline rush as well as an immense workout.”

Staying active in sports outside racing is one way Nunez keeps a somewhat normal teenage life. Many of his schoolmates and friends are also already professional or aspiring pro athletes, so they’re all looking for a way to do that as well as blow off some stress.

Above all, it’s about staying fit for those long hours in the cockpit. But it’s not much of a sacrifice when you’re having fun. 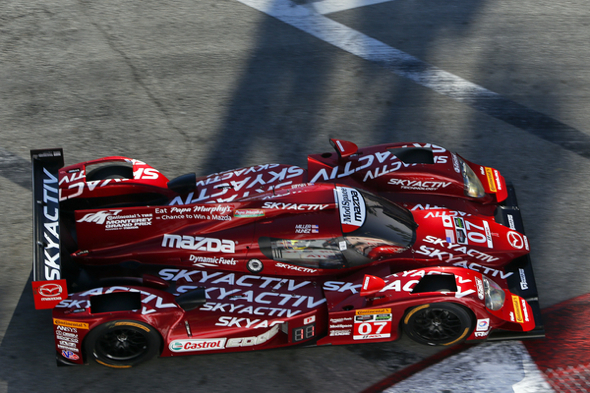