A pair of solid seasons gave him a second and a fifth in the Star Mazda Championship for the next couple of years, but then racing took a backseat to earning an engineering degree from University of California Riverside, with a few Indy Lights races and Grand-Am Continental Challenge races keeping him sharp.

In 2013 he proved he lost nothing, coming into the new Mazda6 SKYACTIV-D Clean Diesel program with SpeedSource for the Grand-Am GX class. Six victories later, he was the Grand-Am Rolex Sports Car Series Rookie of the Year. 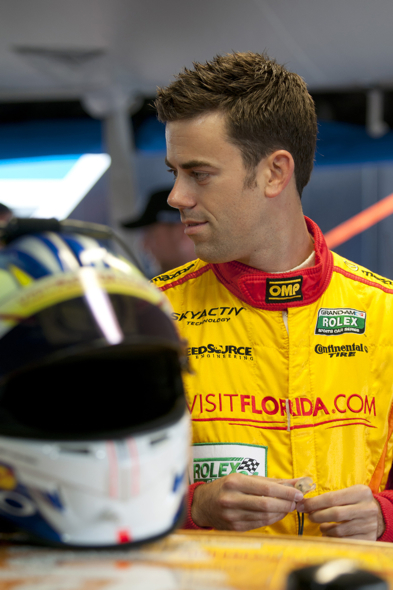 “Getting the Rolex [Rookie of the Year] was like the last little icing on the cake for me,” Miller says. “Overall it boosted what I can offer at the end of the year. But I couldn’t have done it without the effort of the team. Even though we might not have been racing against some of the other competitors in the rookie championship, we still had to put in the time, finish the races in order to have that opportunity. Without the people working on my car, that would not have been a possibility – especially with the situations we had early on. They kept on and got the car across the finish line.”

Miller alludes to the early teething problems that are going to affect any new program. While the chassis was sorted, the SKYACTIV-D engine was all-new. There was quite a bit of development to be done during the first part of the season before the reliability came into play. For his part, Miller relishes the role he can play in a growing program.

“There’s a definite difference between hopping into a car that’s completely sorted vs. one that’s in the development stage. You get a little more to your name if you’re part of a development program. There’s so much data to be gained from the cars now, but you still need feedback from the driver during the building process,” says the Hesperia, Calif., resident.

It helps the development process to be part of the factory team, he says, but it can also dilute the enjoyment. Thus the reason he likes being part of a development program.

“Usually everyone knows we’ve got these spring packages to choose from, or this aero load, or this angle…it takes a little bit of the fun out of it in my opinion. Here we get to write our own book. With that idea there are so many more possibilities of where the program can go,” he says.

Miller has been named as one of the drivers for Mazda Motorsports SKYACTIV-D Clean Diesel prototype in the TUDOR United SportsCar Championship, so he’s going to be developing a new package once again.