“We start with a brand-new MX-5 chassis,” says Glenn Long, the principal of Freedom Autosport as he explains how his team turns a road car into a winning Continental Tire Sports Car Challenge competitor in the Street Tuner category.

“The car is very well 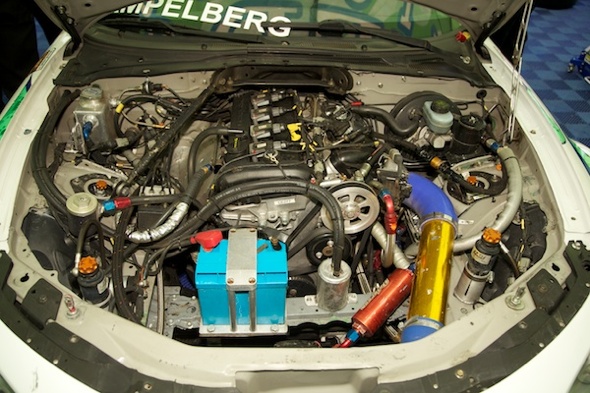 engineered as it sits. So things like the engine location – we get asked a lot how far back we pushed the engine; it’s not. It is the stock motor location. You look at the centerline of the front axle, the entire weight of the engine is behind that line. It dramatically helps with the weight balance of the car.”

Starting with a great car makes the transition to racecar a bit easier. And that transition is somewhat simplified by the rules of the series. Grand-Am mandates that the cars use a Bosch ECU and AST shocks, for example, eliminating some decisions. Rules that limit modifications, such as requiring the suspension to maintain stock pickup points, keep costs and engineering time down as well.

“We’re not allowed within the rules to make changes to the geometry, the length of the control arms, and we don’t have to. If we could, we wouldn’t,” Long says. “We use stock calipers. We use a different brake rotor, because they allow us to use a two-piece brake rotor, more of a racing rotor.”

There are the usual safety modifications, of course. The fuel tank is replaced with a fuel cell in the trunk. The interior has a full rollcage, racing seat and harnesses, plus a fire system.

In the same way that those modifications are for the driver’s safety, some of the changes are done for the safety of the car – to keep it running and minimize mechanical DNFs.

“With the transmission, because it’s a racing app, we have a pump for cooling. We monitor the temperature. The MoTeC dash monitors the fluid temperature and turns on the pump; when it gets even hotter, it turns on the fan for the small radiator we have. The same thing for the differential,” says Long.

That MoTeC dash is part of perhaps the biggest change to the car – the electrical system.

“There is no Mazda wiring left in the car. It’s controlled by the MoTeC or the Bosch ECU and we also run a PDM – power distribution module. That eliminates all fuses and relays and we can computer control all the circuitry in the car. So if we set a parameter that says if a certain pump draws too much current or amperage, it will shut the pump off and, depending on what we’ve told it to do, try to restart it or turn on a secondary pump system,” Long explains.

The engine is built by Roush Yates within the narrow confines allowed by the series – open camshaft and a slight, one-point bump in compression. Other than changes to the intake and exhaust, it’s largely stock.

Even with those changes to the engine, horsepower is not the MX-5’s strong suit compared to some of the other cars in the class, Long says. But what it lacks in power, it makes up for in other ways.

“We have by far the best braking capability, best turn-in, mid-corner and exit speed of any car out there,” Long says. “That’s one of the things that’s great about the Continental Tire series, is they allow you to have a balance. We rock at places like Mazda Raceway Laguna Seca [where Freedom took a one-two victory in September] and Barber, tracks that have lots of twists, turns and are tight.

“It’s all based on the initial design of the car. The box they give you is the box the manufacturer gives you. A lot of people spend a lot of time and energy engineering themselves out of that box. We’re very comfortable in ours.” 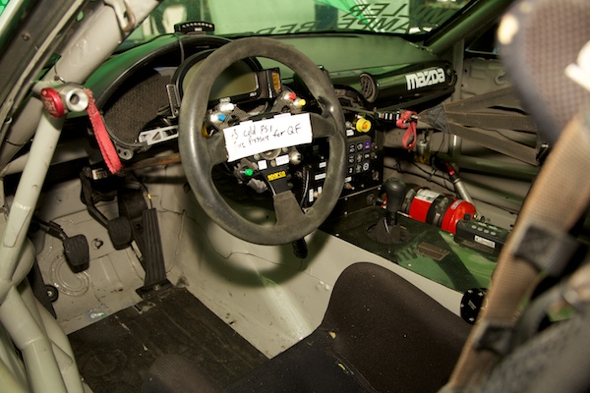