The Road to Daytona Leads Through Mazda

Grassroots sports car racers who dream of winning American sports car racing’s crown jewel – the Rolex 24 at Daytona – can find a way through the Mazda Road to 24. 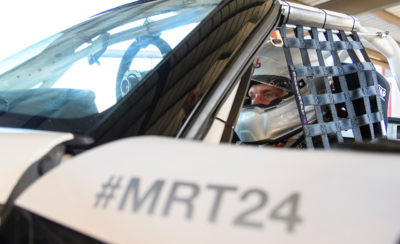 The Mazda Road to 24 (#MRT24) starts at the grassroots level for racers ready to embark on a path that takes them to the pinnacle of American sports car and endurance racing in the Rolex 24 At Daytona.

2020 marks the 15th year for the MRT24 shootout and scholarship, now valued at $110,000 – the largest in club racing. This one-of-a-kind, post-season shootout, aids one driver to compete in the Battery Tender® Global Mazda MX-5 Cup presented by BFGoodrich Tires each year, the next rung on the ladder to the Rolex 24 At Daytona.

Club racers competing in a Mazda who win an SCCA Runoffs National Championship, NASA Championship, Teen Mazda Challenge regional championship, or Formula Mazda championship automatically earn nominations to the MRT24 Shootout. Recognizing talented and deserving drivers may not always be in a position to win a championship, Mazda may select other racers as at-large nominees. These nominees – fewer than 30 combined – have the opportunity to submit a business plan, video and resume to then be selected as finalists who compete in a two-day shootout. The first day, historically, has been focused on interviews to learn more about the finalists off-track business prowess, vehicle dynamics and more; day two is focused on the performance behind the wheel when the finalists pilot the Global MX-5 Cup car.

The winner of the MRT24 Shootout earns the scholarship valued at $110,000 and the opportunity to build on it while in Global MX-5 Cup: $85,000 in financial support from Mazda; two sets of tires per race event; waived entry fees from Andersen Promotions; and product support from Bell Racing and Sparco; then competing in GMX-5 Cup, the Mazda scholarship driver has the opportunity to earn the $200,000 champion’s scholarship; the $75,000 rookie of the year scholarship; or up to $85,000 in other contingency awards.